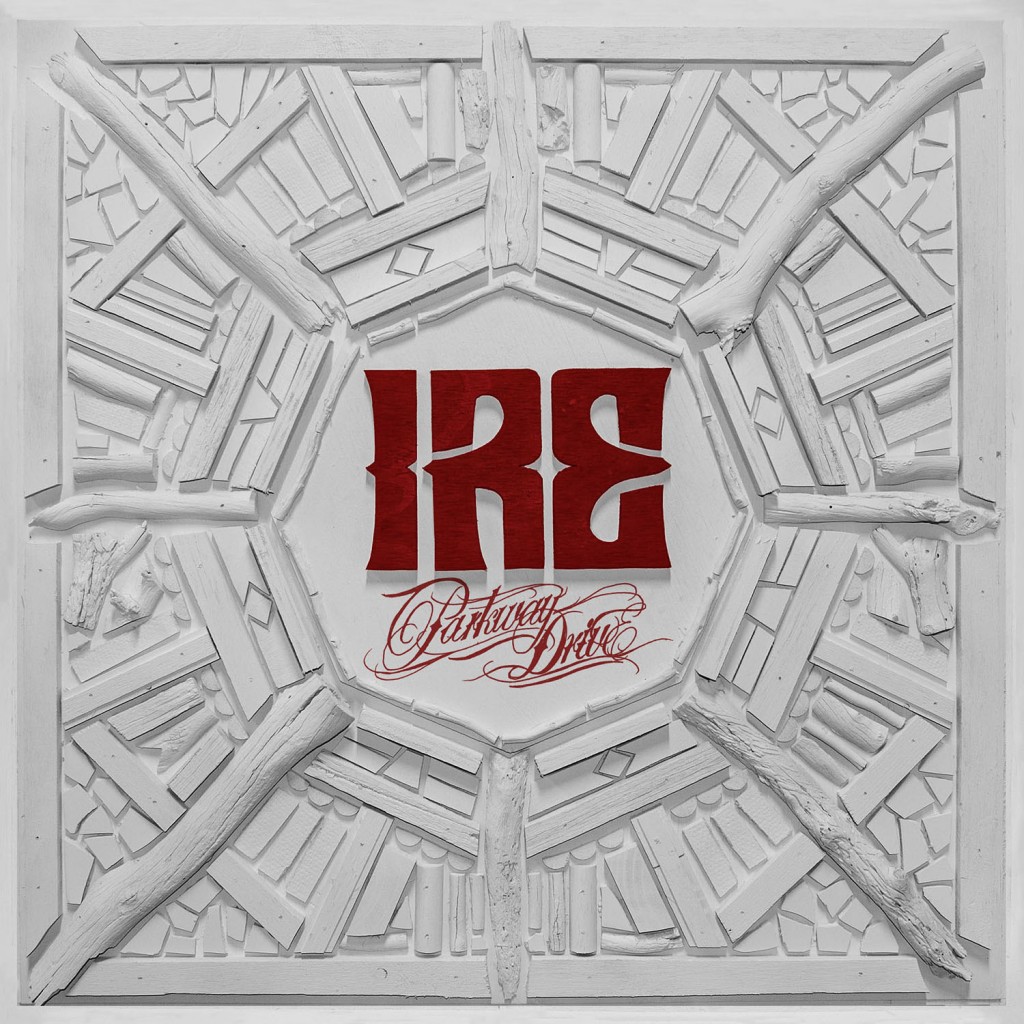 September 25th saw the release of unarguably one of the most impressive metalcore albums of 2015 – the aptly named Ire by Australian band Parkway Drive. You may know them or you may not, but either way they’re making waves (and proceeding to surf them) in the metal world with the release of this highly anticipated new gem of an album that was 3 years in the making.

I do feel inclined to prelude this review by saying that Parkway Drive has been my favourite band for a few years now. Every aspect of this band has been worked into my life it seems, and strangely I am not ashamed to say I am a dedicated fan girl. All the way from the band poster looming over my bed to actually permanently marking my body with their namesake (yes, I got a Parkway Drive tattoo), this band has been very important to me, and I have been patiently waiting for this new record for what seems like a lifetime. It’s finally out, and I can confidently say that this is some of their greatest, most stimulating work yet.

With a title like Ire, one would expect to hear ballads solely focused on anger, but this album holds much more than that. Like any album Parkway Drive puts out, the lyrics project deep sentiment on a range of the world’s dystopian issues and on the wickedness of human nature. In a recent interview on the new record with Winston Mccall, the band’s lead vocalist, he reflects on the reason for the title. He states, “It’s what needs to be felt.”

Parkway Drive have been leaders in the game since they started their musical career way back in 2003. In those 12 years, they have put out 5 full-length albums and 1 EP, and all are nothing short of masterpieces. This new record saw a bit of a style change for the band, but nothing they weren’t able to capture and make into something that still has that same Parkway Drive feel that all their fans know and love. The new sound that can be heard in a few tracks on Ire is somewhat reminiscent of funky rap metal gods Rage Against The Machine, who are claimed to be highly influential for the band. You can hear said sound predominantly in the song ‘Crushed’, and slightly in ‘Dying To Believe’ and ‘Dedicated’.

The record begins with the brutally honest track ‘Destroyer’, which starts with a slow but harmonious build-up followed by a sudden booming introduction to Winston’s powerful growl, and one of the most captivating riffs on this album; you’ll find yourself going back and forth between head banging and swaying all throughout. The proceeding track, ‘Dying To Believe’, hits you square in the face. It’s outrageously heavy, angry, and doesn’t give you any time to prepare for what’s coming. Parkway Drive have always been very frank and straightforward with their lyrical content, and I believe this song certainly adheres to that standard – for example with the lyric: “God complex, let’s start a war; Whose prayers will you answer, whose will you ignore?”

Fast forward and you find yourself at the almighty and equally heavy ‘Crushed’, a tune with a beginning that audibly puts you on a mountaintop in Thailand listening to a monk chanting, then smashes down with the return of Winston’s heavy vocals while he screams about being crushed by the fists of god. The song’s music video is mind blowing in itself, only fitting for a song of this caliber. ‘Crushed’ seems to have the most notably different sound Parkway has ever manifested – with broken up, meaty guitar riffs and some rapping vocals thrown in as well. Among the contemporary tracks that also follow the fresh experimental sound the band exhibited in this album are ‘Writings on the Wall’ and ‘A Deathless Song’. Both encompass soft and entrancing inceptions, and both seem to lack Winston’s famed colossal vocals, but that is in no way a bad thing. I think the incorporation of relatively softer vocals in the more intimate and emotional songs was a fantastic service. Both also demonstrate an anthem-esque essence, but somehow still manage to retain the renowned heaviness. The first time I heard ‘A Deathless Song’, I actually couldn’t help but just sit there and become totally mesmerized with its sincere beauty.

This record truly has something for everyone; old fans, new fans – everyone can rejoice in the great success that this release has put forth, and in the fact that most of the tracks will undoubtedly end up being staples in their future live performances. All in all, Parkway Drive have hit the ground running and made another kick-ass record equipped with gripping lyrics, a truthful overall message, and shattering break-downs and riffs that will make you want to mosh through some fire. I can surely see it being a constantly played treasure in the years to come.

What do you think of the album? Leave a comment below!