Lost In The City by Crash Midnight 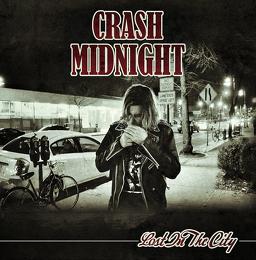 Crash Midnight is a new band straight out of Boston that is making great Rock N’ Roll music. With a sound that reminds you of early Guns N’ Roses their new album Lost in The City has you on the edge of your seat, only giving you a moment to rest when the power ballad Somewhere Yesterday hits your ears. While the song slows the album down it’s quite possibly one of the best songs on the album starting off with emotional vocals and a harmonica solo that reminds the listener of listening to a Bob Dylan track. All in all this album shows promise from a new band that has no where else to go but up.