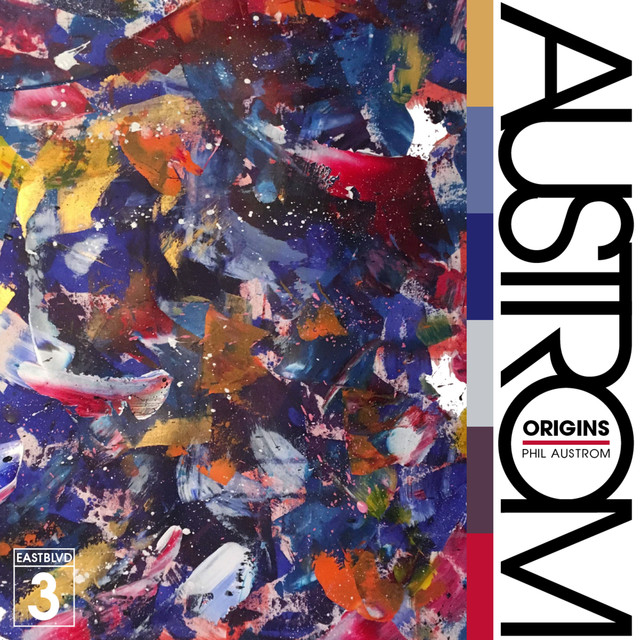 Phil Austrom’s debut solo EP, Origins, the newest release from EASTBLVD records, allows the up-and-coming trumpeter to wield his instrument as a guiding force through an exploration of hip-hop, dance music, and strong, smooth jazz.

Overseen by guitarist and west coast hip-hop producer mr. stee, Origins is very much a collaborative project, albeit one that developed around the riffs and melodies originally composed by Austrom. A show-stealing Ekke feature on the titular song, Lam’s breathtaking solo on ‘Not So Fast’ and mr. stee’s gentle and dreamy guitar on ‘Late Night Activities’ are three shining examples of how multiple talented voices came to play on the EP, as well as the impressive command with which those voices were deployed.

‘Origins’, the EP’s titular tune and first single, begins with a slow, weepy trumpet riff, as the guitar and drums gradually join in and pave the runway for Ekke, Vancouver-based rapper who is amongst the most talented newcomers in the Vancouver hip-hop scene. As he tells his origin story through clever bars which scrabble together a tale of a man with a perpetual eye to the future, Austrom’s trumpet brings a punchy, high-paced riff that forces Ekke to remain on his toes and perpetually in the pocket. The culmination is a non-stop, syllable-stuffed single that is catchy, clever and crafty.

‘Not So Fast’, featuring Hazel Lam on saxophone, is a funky dance tune, one that would be well at home at a Griz show, what with its trapezing trumpet – quick and triumphant – and its swinging sax – slow and contemplative. Introduced by a mr. stee synth and some playful percussion, Austrom’s roaring riff – punctuated by Janine King’s backing trombone and some guitar by mr. stee – gives way to Lam’s riverboat-ride of a solo. Lam softly announces herself and then cuts through all else to steal you away from the other fun going on in the background, winding and climbing and playing every note like a maestro. As Lams beautiful departure gives way to a reprise of the original riff, the song says goodbye to a new friend and hello to an old one, as Austrom and mr. stee wrap up the song with a combo of brand-new synth and the trumpet refrain that introduces Lam in the first place.

From top to bottom, Origins, is a professional, polished, exciting, catchy, and darn groovy debut project. Not only does it give the world a small taste of what Austrom is capable of musically, it also shows his ability to seamlessly adapt his riffs and melodies to various different musical styles in a way that complements his fellow musicians.

You can listen to the album in its entirety here: