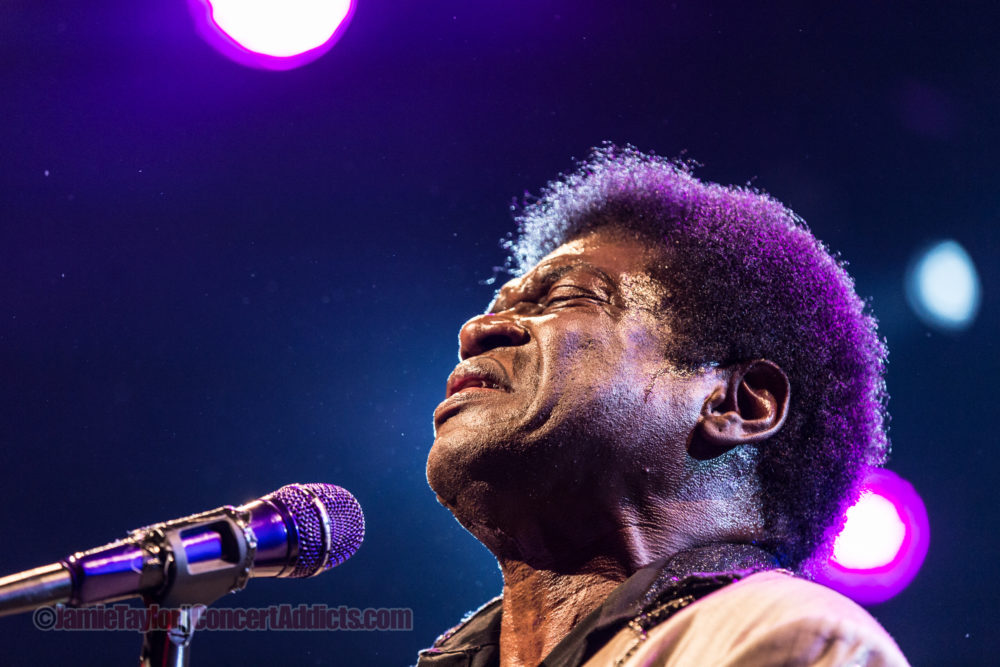 It is with a heavy heart that we pass along the news of American funk, soul, and R&B singer Charles Bradley’s death.

After a battle with cancer that started back in 2016, he passed away this morning.

Bradley was a hero of mine, and it is easy to see why. Since the documentary about his life, Charles Bradley: Soul of America, was released in 2012, the story of his struggle and perseverance and passion and love shook the souls of those that watched it.

That was a catalyst for his career and it moved him into the mainstream spotlight. He travelled the world and shared his intensity and passion with his electrifying performances.

We were lucky enough to catch him on several occasions, the last of which was when he came through Vancouver and performed at the Commodore Ballroom in May of 2016, full review and photos are here.

Later in that year, he announced a new batch of tour dates and was set to return to Vancouver and Victoria in the fall but his team released word of his diagnosis of cancer of the stomach. The music world was filled with a fog of sadness.

A few months later, the cancer went into remission and he resumed his touring and announced a new batch of dates, we all collectively breathed a sigh of relief.

Things were looking good. He was performing again and the shows were getting the same stellar reviews as always.

Then, earlier this month another announcement was released. Bradley would be forced to once again cancel his tour as the cancer had returned. Sadness once again.

The world remained hopeful but this morning we received the devastating news; Charles Bradley has passed away.

The first song that we put on was “Changes”, it seems to some up the feeling pretty well, take a listen.

It is with a heavy heart that we announce the passing of Charles Bradley.

Always a fighter, Charles battled cancer with everything he had. He was diagnosed with stomach cancer in the fall of 2016 and underwent treatment. Bradley headed out on the road earlier this year after receiving a clean bill of health but the cancer recently returned, spreading to his liver.

Born on November 5, 1948 in Gainesville, FL, Charles then moved to Brooklyn, NY at the age of 8. He lived across the country throughout his life including Maine, Alaska and two decades in the Bay Area before returning to New York City, his home for the last 20 years. Bradley passed away in Brooklyn on September 23, 2017, surrounded by family and friends including members of the bands he worked closely with: Menahan Street Band, His Extraordinaires, Budos Band and the Jimmy Hill Allstarz–his band from his time performing as Black Velvet.

In lieu of flowers, donations may be made to the following organizations:
– All-Stars Project: https://allstars.org
– Music Unites: http://www.musicunites.org

Thank you for your prayers during this difficult time. Mr. Bradley was truly grateful for all the love he’s received from his fans and we hope his message of love is remembered and carried on.

Bradley’s dynamic and heartfelt live performances won over crowds across the world. He released his first album No Time For Dreaming (2011) at the age of 62, and Victim of Love in 2013. His third album Changes was released in 2016 to wide critical praise and performed on national television shows including The Late Show with Stephen Colbert, Conan and CBS This Morning: Saturday—a performance that led to an Emmy nomination for “Outstanding On-Camera Musical Performance in a Daytime Program.”

Throughout my career as a concert photographer, there have been very few artists that have lit up my life as Mr.Bradley. Photographing him was just magical. His commitment to the art of the performance was pure and very, very few other artists seem able to present themselves as naturally on the stage as he did.

Bradley at the Commodore Ballroom in May 2016

The world is a dark place today.

We have lost a great man and I am sad.

In February of this year, I lost my father. He passed away from a sudden heart attack at the young age of 57 years old. He was healthy, he was in shape, but his heart was just not working well and he didn’t know.

I was completely shattered and the one man that helped me the most to get through that struggle was Charles Bradley. His music communicated the exact emotions I was feeling. He helped me to work through some catharsis moments. I played 2011’s No Time for Dreaming, 2013’s Victim of Love, and 2016’s Changes over and over again. He explored various avenues of music, like the soulful “Lovin You Baby”, the funky “No Time for Dreaming”, and the beatastic in “Confusion”, he just created what he loved.

Through his music, passion, and specifically his lyrics, he helped me greatly. More than I think I even knew at the time.

Bradley at the Commodore Ballroom in May 2016

As I write this, with tears rolling down my cheeks, I am really seeing how important that was and it is making this moment just that much harder.

For someone I never met, he made a very personal impact on me. I will forever be grateful for his music and for what it helped me with.

He helped many with his music and rebirthed the importance of true soul music.

I will leave with you one last song, one that is very fitting, “Heartaches & Pain”.