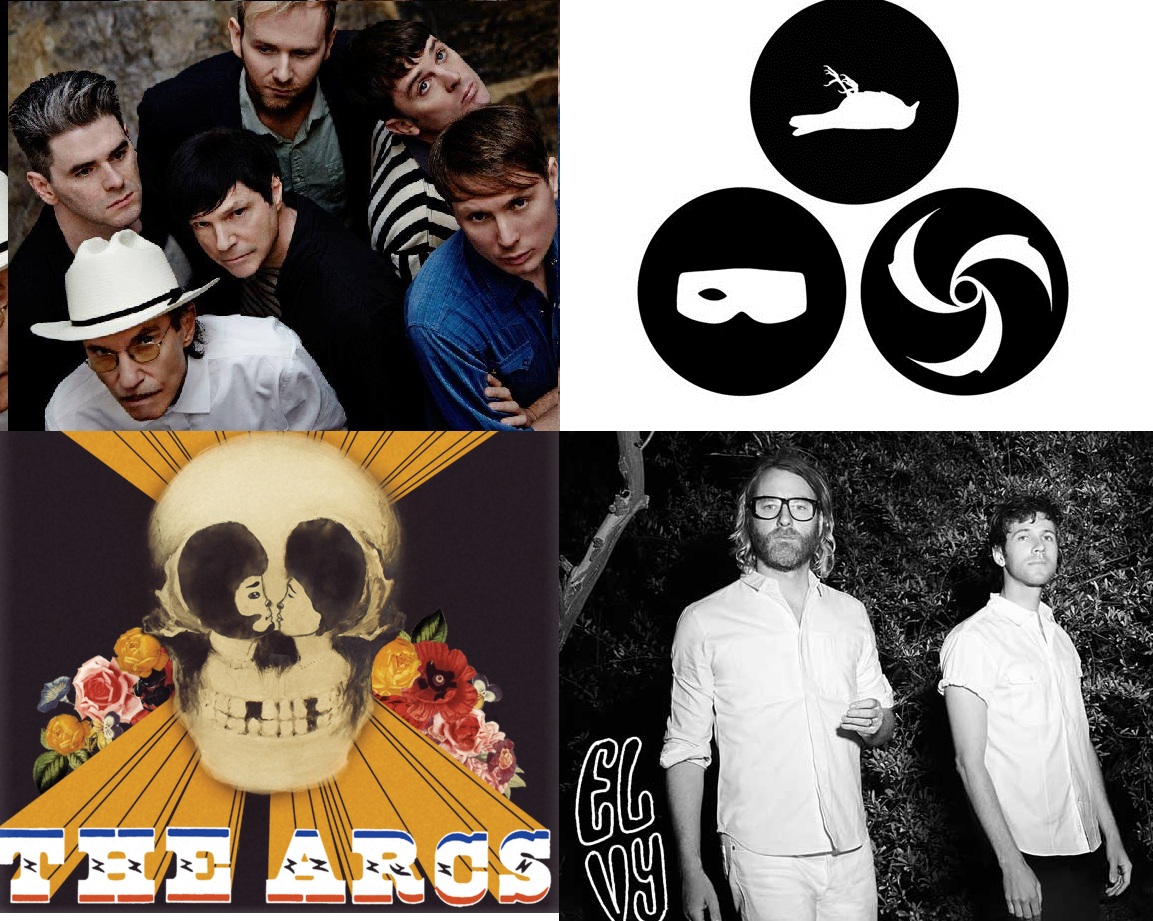 Some well known artists have taken their side projects and started dropping music and announcing tours.

It’s important to keep track of these goings-on, especially if he artists involved in the new project are ones you love.

Today we will bring to light four new-to-us bands that contain some great musicians.

Website – Instagram – Facebook
This band is a collobration between Matt Berninger of The National and Brent Knopf of Ramona Falls and Menomena. With Matt on vocals its hard to escape that familiar sound of The National. The first single, featured in the video below, is dancy and bouncy and kissed by electronic textures. You should just play the video and see what you think.

The band is hitting the road, here is the list of the initial tour dates for El Vy:

Website – Facebook – Twitter
This group is an amalgamation of Franz Ferdinand and Sparks. The first two songs that have hit are Piss Off and Johnny Delusional, which is featured in the video below. The songs are a perfect cross-pollination of both bands. You get this punchy, toe-tapping sound from the Sparks and this vocal rich textured indie rock sound from Franz Ferdinand. They definitely make a great new band.

This band is also hitting the road, here are FFS’ tour dates:

Website – Facebook – Twitter
Mr. Dan Auerbach of The Black Keys says he has been playing with this group for a long while. His band mates consist of Leon Michels, Richard Swift, Homer Steinweiss, and Nick Movshon. The Arcs bring a textural classic rock sound. Their first release was boxing themed and was dropped around the time of the famed, and overhyped, Mayweather vs. Pacquiao fight; great marketing plan. They don’t current have a tour planned, but during an interview for Rolling Stones they said they plan to embark a two month outting where they plan on playing “mid-size theaters”
(source).

This is a super fantastic group consisting of Mike Patton of Faith No More, Tunde Adebimpe of Tv On The Radio, and rapper Doseone of Subtle. From what we can gather this has been an on going project that has been going off and on for the last 5 years. The band announced they will release a 10 song LP later this year.

In anticipation of the album drop, they released the lead single “Tough Towns”. Listen to it here.