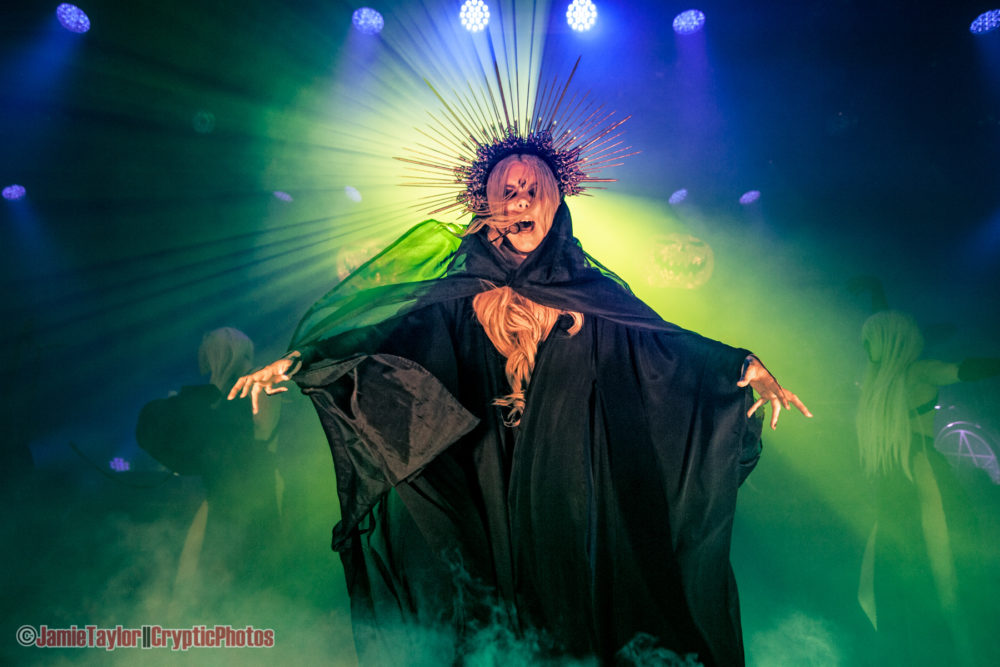 If you aren’t familiar with the American metal band In This Moment then you are missing out.

This five-piece group from Los Angeles has one of the single best live theatrical shows you will ever see.

Following in the footsteps of groups like Alice Cooper, their performances are finely choreographed and feature elaborate stage decor, all in an effort to help tell the story of each song.

The leader of the band is Maria Diane Brink a singer-songwriter born in New York. She has created this dark, commanding persona that has garnered an intense following of dedicated fans, who often refer to her as Queen or Mother. While performing, she brings a drama and emotion to her character that draws you in and keeps you glued to every action. Throughout a single night’s performance, you may see her in half a dozen or more outfits.

Take a look at a couple live videos from the In This Moment Youtube page.

First up, we have a performance of “Whore” from the bands 2012 album Blood.

You can see the level of pageantry and theatrics, it makes for a fantastic live show.

The band recently played at The Commodore Ballroom in Vancouver, and we were there to capture it all, check out our full review and photo gallery.

The band is returning to the lower mainland on April 6th, 2018, opening for Shinedown at the Abbotsford Centre in Abbotford, BC.

So, get off your butts and check them out. I assure you, you will not be disappointed.