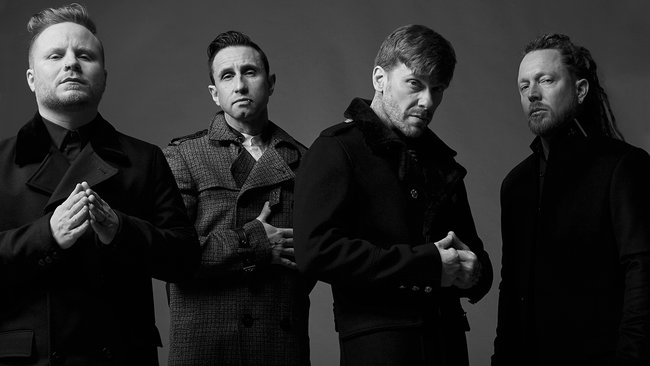 Shinedown is an American rock band from Jacksonville, Florida.

They have been putting out solid rock releases since 2003, beginning with their initial album Leave a Whisper.

Through those 15 years, they have amassed a cult-like following of dedicated fans. The music is only actually part of the reason for that fanbase, the other piece is their intense live shows.

This band has earned a good portion of their devotees through the skill and commitment and energy they showcase at their concerts on a regular basis. It has become something of a legend, those crazy, explosive shows where you can’t help but get sucked in and jump around to every beat. They leave it all on the table and this makes them one of the must-see bands out there.

They are currently touring North America with a new album on the horizon in Attention Attention, due out on May 4th, 2018.

The band recently released the first single, “Devil”, for their upcoming album. Check it out.


It has been 5 long years since they have played in Vancouver or the Lower Mainland. The last appearance had them opening for local-boys Nickleback at Rogers Arena.

But they are coming back, this time to Abbotsford.

So, don’t miss your chance to catch them at Abbotsford Centre on April 6th, with openers In This Moment, One Bad Son, and 10 Years.