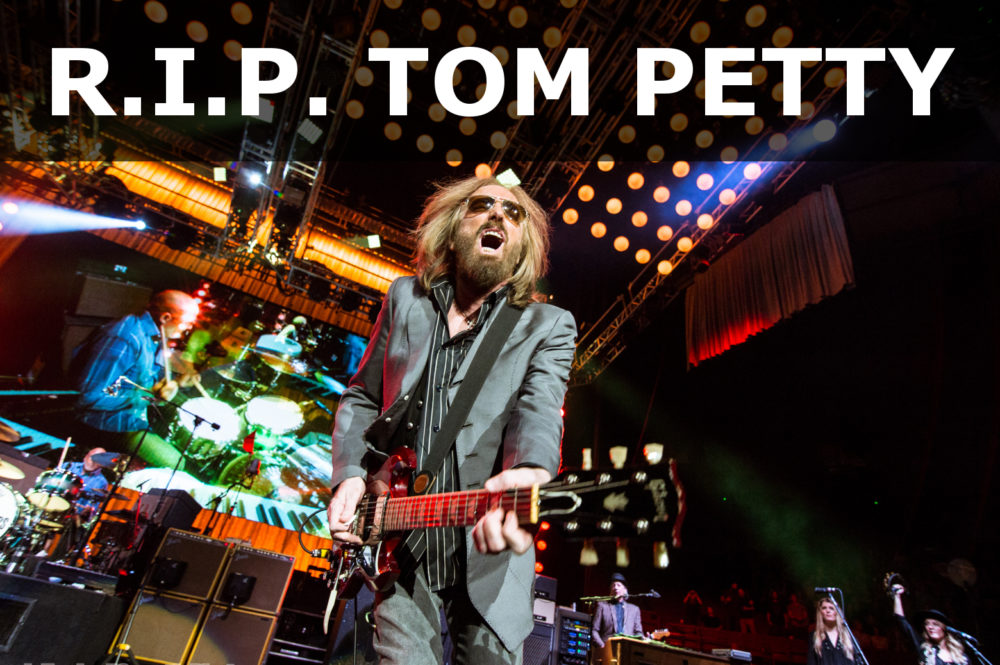 Tom Petty was pronounced dead today at the young age of 66.

He was one of the greats. Another pure and passionate musician that loved to perform and loved his fans.

I most recently saw him perform in Vancouver at Rogers Arena back in August. He put on a solid set and spent the majority of it with a grin plastered from ear to ear.

He seemed to thoroughly enjoy his time on stage.

When he was wasn’t singing he was usually telling little anecdotes or thanking the crowd for coming out to see him. This made him come across quite humble and appreciative.

He surrounded himself with impressively talented musicians, from the legendary Mike Campbell on lead guitar to the epic Steve Ferrone on drums. So, when you went to a Tom Petty and the Heartbreakers show, you really appreciated every artist on that stage.

To hear of his passing today, brought me great sadness. On a day where we were all already looking on in horror at the travesty that went on at the Jason Aldean concert in Las Vegas, where a gunman killed dozens of innocent music lovers, we were further gutted by the loss of this mythical musical messiah.

It is never easy to hear that one of your heroes has passed on but it is even harder to get kicked when you are already down.

Tom Petty brought joy and wonder to millions with his folksy Americana style of rock n roll storytelling. It felt like he embodied an idea or maybe even a feeling. A feeling of being free and traversing life with an open heart. He was a nomad and we all shared in that.

I was lucky to have photographed him a few times. The first was back in 2014 at Rogers Arena – full gallery. I was prepping for my brother-in-law’s wedding and had to rush down to make it to the show in time. I drove faster than I probably should have and arrived at the venue minutes before he went on stage. I was stressed and tired but the moment he came out to the stage and delved into his first song that all seemed to wash away. It was more than the excitement of photographing him, it was just a perfect musical moment.

The second time I photographed him was in August of this year – full gallery. This time I showed up early to make sure I would have lots of time to prepare for the photo session. As I parked my car, my grandpa called and we chatted for a bit. During the call we talked about my father, his son, that had recently passed away. Needless to say, things got emotional and I found myself in tears on the side of the road. It wasn’t anything negative, just two people expressing some emotions and having those emotions overflow.

I went into the concert feeling hyper-sensitive, but then Tom Petty came out and again it all washed away.

His music just did that for me. Songs like Mary Jane’s Last Dance and The Golden Rose just resonated with me.

Today is a sad day.

Take a moment and remember the man and his music. His Youtube channel is ripe with songs for you to listen to – check it out here.

I will leave you with one of my favourites.