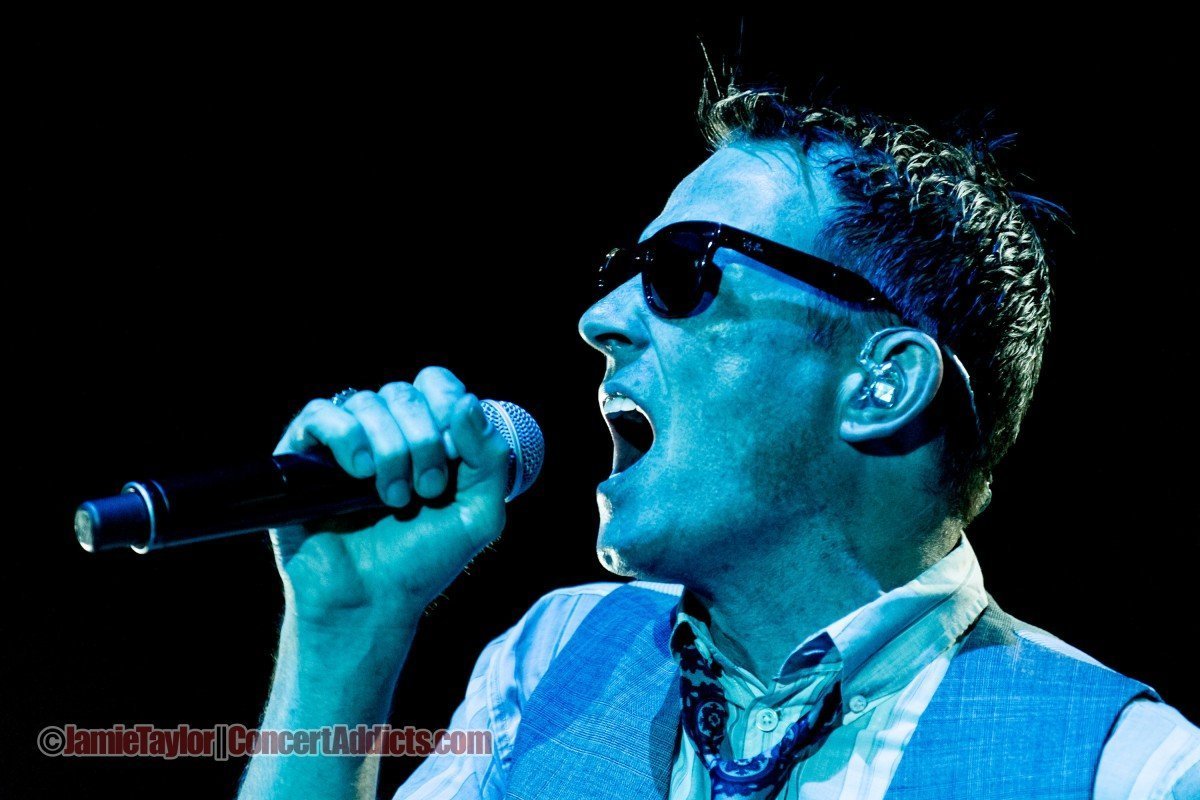 I have had the pleasure of seeing hundreds upon hundreds of live shows in my lifetime.

In that span I have seen a range of performers with vastly different styles and stage presence. The one thing you can say about great bands, is they usually have a front person that owns the stage. Someone that will entice the audience with their delivery and connect with people on a very personal level. It is a hard line to walk, and quite frankly not very many people can do it.

Scott Weiland, born Scott Richard Kline, was one of these people. He could command a crowd, stirring them up into an absolute frenzy, and then topped it off with this ambiguous sexuality and pure rock n roll sensibility. He could be absolutely breathtaking to watch.

On the other hand, he could be the complete opposite. He could show up to a show completely intoxicated and proceed to deliver inaudible gibberish while stumbling around. It could get very messy, and be very sad to watch.

The thing is though, is people knowingly would take that gamble on a show just on the chance of seeing the former and not the latter. His A game was so good, that taking that shot was definitely worth it.

In the few times I had seen him perform, I was lucky enough to catch him in three different capacities; leading Velvet Revolver, leading Stone Temple Pilots, and solo.

I saw Velvet Revolver back in May of 2007, when they played a handful of small club shows to amp up the release of Libertad and pump up the upcoming arena tour. The show took place at Showbox at the Market in Seattle, a venue with an 1,100 person capacity. A couple friends and I drove down from Vancouver to see the Guns N Roses portion of the band, being that I am a huge fan of Slash.

Standing at the very front of the floor, I waited for Slash to step from the darkness and blow me away with his fret fantastickery. When the band came out and started, I was completely blown away, but the thing that caught me off guard was how intense Scott Weiland was. From the first moment he strutted around the stage he was “on”. He was powerful and poised and confident and sexual and aggressive and dripping with attitude. It was fucking amazing. It was so amazing that I walked out of there a huge proponent of him and his capabilities. If someone would listen, they would get an earful about how talented Scott wad.

Here is a very low quality video compilation of clips from Velvet Revolver’s show at the Pacific Coliseum on September 7th 2007.


Then in September of the same year, the band came to Vancouver and played at the Pacific Coliseum. I managed to score a couple tickets in the first few rows on the floor. A friend and I went down, and took in the show. It, again, ended up being one of the best shows I have seen. The same Scott showed up, and he was absolutely majestic to watch.

That was the last time I saw Scott Weiland perform a sober show.

At the Commodore Ballroom in May of 2009, he came out and did what I thought at the time was an art piece. After reflecting, a day or two later, I realized that it must have been a drug fueled haze that clouded Scott’s delivery. At one point he laid on his back yelling into the microphone as a machine spat bubbles out across his body, and then into the audience. He rolled around this way for nearly ten minutes. People around me were leaving, but I stayed to watch as I thought it was just part of the show. In retrospect it was a very sad scenario. I was just ignorant to why it was happening, because I knew how capable he was.

Scott Weiland at Commodore Ballroom on May 18 2009

I saw Mr. Weiland with the Stone Temple Pilots, twice. Once at the Pacific Coliseum in 2010, where he came out and was completely incoherent for most of the set. Then a second time at the Abbotsford Centre in 2012, where he showed up almost 3 hours late. After that last time, I chose never to see him live again. He was going down hill and I didn’t want any part of it.

Shortly after that time in Abbotsford, Scott and the Stone Temple Pilots parted ways. Since then he has been touring with his band The Wildabouts. I couldn’t bring myself to go see him.

If you ask most people, they would tell you that they are not surprised that he passed away at such a young age.

The writing was on the wall, but what could anyone do. As fans we were just onlookers to a downward spiral that we had no control over.

We didn’t know the demons he fought, or the issues he had behind the curtain.

It was sad to see someone so impressive devolve into a shadow of their former self.

Addiction and mental illness are terrible things, and should not be taken lightly. If you know anyone battling addiction or dealing with mental illness you know how hard it is. You want to help them, but at times it seems impossible. At what point are you no longer helping but are in fact enabling them. Below you will find a list of links to some websites that may help in some way.

As someone who battles anxiety and depression, I can tell you it fucking sucks. It sucks a hell of a lot. Everyday is a struggle, and at times it feels like a crushing weight and it seems all consuming. I also have a very addictive personality, though I choose to use food as my addictive fuel and not alcohol or drugs. So I can identify with people in that same boat. When I see someone struggling my heart immediately goes out to them. When someone has a platform to be able to discuss their mental issues to the public, I always applaud them. Removing the stigma is a big step in the right direction.

At the end of the day Scott Weiland was just a man. He was a musician that suffered from addiction. On December 3rd 2015 he passed away. He was only 48 years young.

He will be missed.