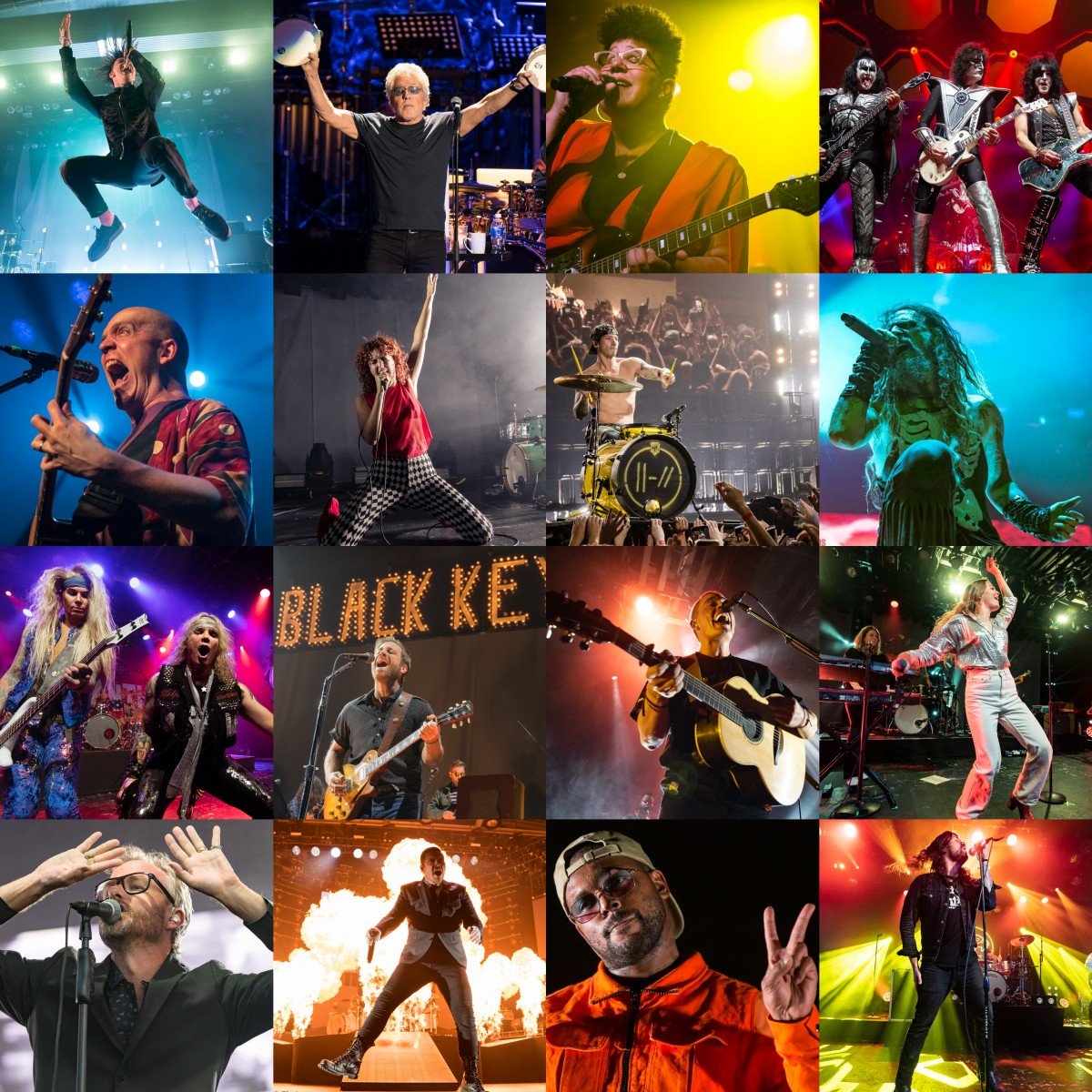 Well, folks, 2019 is coming to a close and I just wanted to take a moment to look back and remember the last twelve months.

Over the course of the year I attended ninety-six concerts; from heavy metal to hip hop and everything betwixt. I tried really hard to limit the shows I attended but I found excuses to keep on sneaking out to a show or two per week.

After wading through the contestants I have put together a list of my top ten favourite concerts of the year:

They played back-to-back nights at Vancouver’s Queen Elizabeth Theatre and on the day of the second show, July 20th, they played a pop-up gig at Neptoon Records.

All three shows were very special but night two at the theatre was the epitome of live music. The band members were cohesive and electric, and lead singer Jack White was a man on fire. The crescendo of the evening was during their performance of “Blue Veins” from their 2006 debut album Broken Boy Soldiers. White lost himself in this smoldering series of guitar solos, the sweat was thrown from his brow as he whipped his head aggressively to the rhythm and his faced willed his finger up and down that fretboard. It was transcendent.

The individual performances by English singer-songwriter FKA Twigs and Northhamptonshire-bred, Radiohead frontman Thom Yorke were majestical. Each solidified themselves as music royalty with their abilities to explore varying genres and reset the bar to a new level.

It was a good year for music.

I didn’t find myself consuming as many new full albums as I usually do. With the likes of Spotify, Google Music, and Apple Music, it is easy to just get lost in new singles and traverse hundreds of artists a week, rather than settling in and listening to one artist’s entirely new volume.

With that being said, I did find some albums that I absolutely loved and kept coming back to and relistening to over and over again.

My top five favourite albums of the year are:

American musician Brittany Howard, of Alabama Shakes fame, put out her first solo album and it was this personal memoir, wrought with emotion and pain and happiness and life. It was introspective and complex but attainable by the listener.

I saw her perform at Vancouver’s fabulous Commodore Ballroom and when she closed out the show with “Run to Me” from the new album it quite literally sent shivers rippling down my spine, goosebumps raising across my arms, and a few tears to well up in my eyes. She noted just before the song that this was a letter to herself, and then she launched into this haunting rendition that left me flabbergasted. Ms. Howard is a shining gem and I appreciate her album so very much.

One new thing I tried to do this year was to record little snippets of video while attending various concerts. Sometimes these were just from my cell phone and sometimes they were from my camera, only when it was previously approved by the media coordinators.

With those snippets, I have put together a wrap-up video for this year and I just wanted to share it. I’m really new to this whole video editing thing and would appreciate any and all feedback, direction, and/or criticisms you may have. I would like to get better at video editing, as I believe it would be a nice addition to the Concert Addicts repertoire.

Over the past twelve months, Concert Addicts has been steadily chugging along, generating content from Canada, USA, and Europe. We saw visitor growth across our website and social channel, here are some metrics: