A Chat With Vance Joy

We were lucky enough to steal a few minutes of time with James Gabriel Keogh, better known by Vance Joy.

He was a pleasure to talk to. A very kind man that presents quite calm, cool, and collected.

Concert Addicts – So you’re out and about right now on tour. You’re obviously in Vancouver. You play here tomorrow…two nights, tomorrow and the next night. Is there any chance you will be adding any other dates? We talked to a few fans, and quite a few of them were asking if you would have any South American dates.

Vance Joy – Yeah, I would love to come to South America. I don’t think that on this tour, but…ummm yeah…it’s gotta be done, I’ve never been there to play.

Vance Joy – Yeah, I’ve only played…I mean I did some recording in Mexico but I’ve never played any shows there, and I think that I’d love to do it. Maybe do this tour, then I think its gotta happen…you know, in the next year or two.

Vance Joy – Yeah, I know and it’s one of those markets where you try and play…you come in and you play North America and you want to do the whole thing, and sometimes…it just needs to happen.

Concert Addicts – It’s one part of a big thing, and its hard to get to every place.

Concert Addicts – With your music, and everything you have out, do  you know what your next single might be?

Vance Joy – Yes, we have it. We will be using ‘Georgia’ as our next single. It’s a softer one that we feel works.

Concert Addicts – Oh yes. Great song, I am sure that will be really well received. With your current up and coming tour…the Fire And Flood Tour, what are you most looking forward to out there? Just getting out and playing? Or anything special planned while you’re on the tour?

Vance Joy – Yeah, I’m looking forward to…’cause we’re just doing Taylor Swifts support, and we play for half an hour and that’s great. So amazing, and it was pretty easy playing for half an hour but will be playing a lot longer sets. So thats gonna be more of a challenge, but it’s also good becaue we’ll play more songs from the album. So that’s a cool thing that people will get…I guess we’ll play more songs ’cause when it’s your own headline show people are there to see you so there’ll be more…Taylor Swift’s crowds are great but I guess we’re playing to our own crowd. So that’s cool.

Concert Addicts – Yeah, you’ll have your own demographic of people there, that are just there to exclusively to see you. It seems like that would be pretty cool.

Concert Addicts – I think the first time I saw you perform was opening for Young The Giant. Someone was telling me you have to check out the opener named Vance Joy, and in looking it up I found another musician named Foy Vance…I always wondered if there had ever been any confusion with that at all.

Vance Joy – Totally! I met him, in New York actually at the start of that Young The Giant tour, and it was like I didn’t even know he existed, and I guess he was probably just like, “Whoa! This guys so close to my name”…that’s his actual…that’s his real name. Foy Vance is his real name, and I got the name Vance Joy out of a book. So it’s just a strange coincidence that we’re both existing at the same time, and um…yeah I mean it’s fine, he’s a really great musician, and yeah there are probably people that are, “Uh, uh, uh”.

Concert Addicts – Yeah, It’s one of those internet things. Somebody just kind of throws out a name and you look it up and if there’s something really similar you’re like, “Oh, is this what you meant?” I could see it causing confusion, and just wondered if there ever had been anything weird that way.

Concert Addicts – Another thing the fans pointed out was they wanted to know what is the deal with the “you’re invited surprise”, or if there is anything…I mean I don’t know what this is…

Concert Addicts – Yeah, there’s definitely some die hard fans out there. I can imagine that being rewarded for that is definitely something that…they’ll love that. Is there any…I mean Taylor Swift talks about…I mean she’s come out and said how much she loves you, all the time and all this stuff…going out with her and meeting different people, has there been anybody out there that you would love to collaborate with?

Vance Joy – I love collaborating and…you never know what you’re going to get when you go in a room with someone to write a song. I just think there is a lot of great songwriters out there. I think, ummm…I think Sia is amazing. I think Feist is amazing.

Vance Joy – They just click, and you’re going to make something special. So I’m open to work with anyone, really.

Concert Addicts – It just touches on such a personal level, and its so unique. It’s wonderful.

Concert Addicts – Just one last question for you. Something we ask everyone, are there any lesser known artists that you love or you’ve been listening to that you think people should check out?

Concert Addicts – I mean, to expose people to something new.

Vance Joy – There’s a couple of bands. The same guys is in both bands but they’re both different. There’s a band called Big Scary.

Vance Joy – Big Scary from Australia, and then he’s got another band called #1 Dad. They’re both really good bands, and great music.

Concert Addicts – That’s perfect. Yeah, I’ve heard of Big Scary. I didn’t realize there was some crossovers from another band, I’ll have to check that out.

Concert Addicts – Awesome! Well, that’s all I have for you. I really appreciate your time, and I’ll let you get back to it. 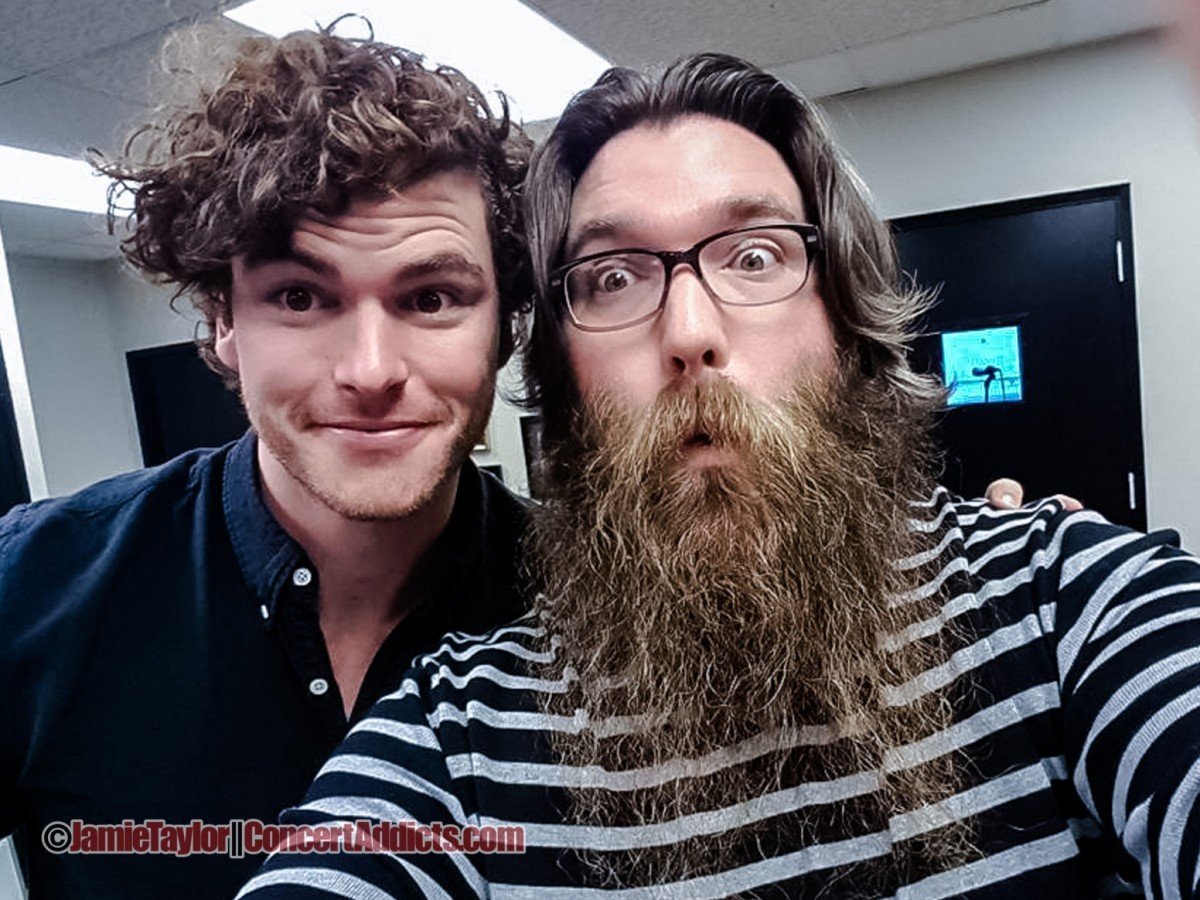