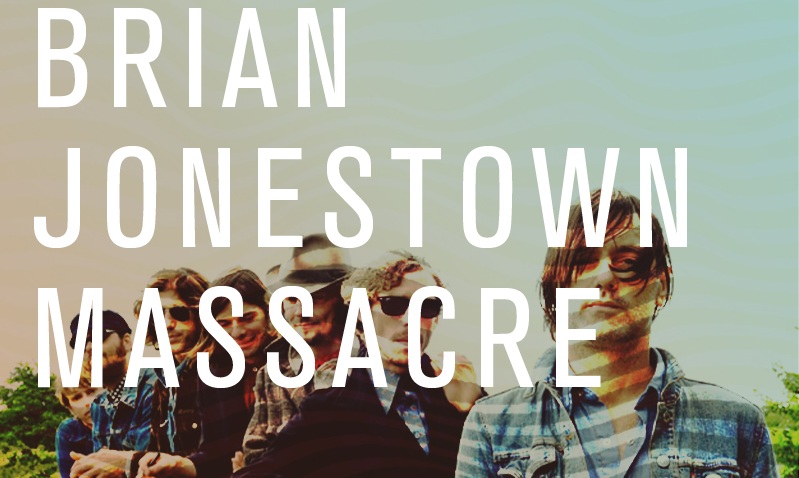 David Lacroix: Anton, you have been involved in Austin Psych Fest for a number of years now both as a performing artist and as a curator through the Committee To Keep Music Evil.

Anton Newcombe: Rob Campanella handles that. I started my own label because it was hard to do what I wanted with Rob. I started the Committee To Keep Music Evil and he started using it a little bit more for his ego gratification than I would have liked. I needed to accomplish my own things too. It was working a little slow so I just said “you keep that and I’ll start a new label in Europe called A Recordings. I am still involved with The Committee but it Rob runs it, I live in Berlin.

DL: the Brian Jonestown Massacre debuted a special, one time video performance last year during the Austin Psych Fest opening party at Red 7. What are your interests in mixed media?

Anton Newcombe: I am interested in mixed media, to use it as it comes up. For awhile I was broadcasting a lot through this thing called Dead TV in Europe using live streams when it occurred to me that I could hack the early stages of the streaming devices. I could rip mp4s off youtube, convert them and play them off a desktop center, have skype calls and put on low grade tv and RT news. It was never my goal to be a presenter, I just wanted to try to influence other people to do it. Look at all this media, its so close and you can use it to do whatever you want.

DL: Dead TV has been used as a platform to share demos from the Brian Jonestown Massacre’s 14th album, Revelations. What is it like to see youtube comments on a work in progress?

Anton Newcombe: I think it’s cool. I like people to see the process too. Me watching some reruns of the Beatles playing in 1964 as a small child, there is nothing that you could see in their process that leads you to believe that you could be like Paul McCartney or something, because you can’t be like Paul McCartney, But when you see the process, its possible, especially if its closer to garage media. Nuts and bolts. I like the power of ideas in people and music to redeem itself. There’s nothing more powerful than when something is going to fall apart or something is shaky and it clicks in or you get better over time. Everybody loves an underdog. I like all those elements that can be included in a work in progress, especially to inspire other people to not be so nervous about sharing their ideas if the quality isn’t as good as Radiohead.

At the same time, there is this glut of media that is just so bad. That’s why its important to try and do everything. Just having bandcamp or soundcloud means nothing to me. How will anybody find any of that stuff and if everybody is tossing stuff around, why would you listen to it? A person like me, a thousand musicians will be contacting me through twitter to listen to their recordings on bandcamp it’s not going to happen. I tell people to make videos and post them, that way other people are at least going to see it. Then you are mixing the media.

It’s the same old philosophy of sharing stuff. I used to just wake up and write. It’s always non-stop, I would share that stuff. I would mail that stuff out to people. I used the internet very early on when it first became capable of trading files. If you wanted to do a CD cover booklet, you needed a laser disk cartridge to put your record on it. I used to make demos non stop from four track recorders and mail cassettes to, record labels, fanzines, people or whoever.

DL: What is the artistic culture like in Berlin?

Anton Newcombe: It’s a big art town. They spend a billion a year going to the arts. That’s a lot of money, it’s a large commitment. But it also offsets their history and all the other things. It’s sort of amazing. Its good to know that it’s there, that kind of energy but at the same time I like being a recluse in Berlin, that’s why I live there.

DL: What is it like having so much distance between your residence in Berlin and the rest of the Brian Jonestown Massacre based in San Francisco?

Anton Newcombe: I tried all kinds of different things. I got us a house where we lived like the Monkees and I though it would be a dream where would we would just wake up and make records. But it was just people doing junk; it was like East Hastings street at 2:30 in the morning on a Friday night. It was just a nightmare.

DL: BJM released a limited 12” this Record Store Day; what are your thoughts on that institution?

Anton Newcombe: I thinks it’s great and I love to support record stores. It’s a shame that within 3 hours of our 12” single with Magic Castles, I saw 23 copies on Ebay for like $80 each, which is disappointing and not the point. I like all the record stores and locals businesses, except Wal-Mart. Fuck those guys. Maybe Tim Horton’s too…

Anton Newcombe: How about Rob Ford! People are like “give him a break cause he said he’s going to rehab”! I’m like, that fucker said he was going to get straight last time. He should have stepped down then and said “this is so important to me and my life, Toronto is so important to me, I’m going to step down now and I’ll be back when I’m ready to do this, right now I need to focus on my family and my life”. See, what a dickhead. He just lied to everybody, I just told you the right way to do it.

DL: Canadians are generally very proud of their country’s musical output. Do you have any favourite Canadian artists?

Anton Newcombe: I am banned from Canada. “For being a bad influence” It’s so stupid. Dirty Beaches from Montreal is great, though they are originally from Taiwain. I hate Rush. I like Stompin’ Tom Connor. C-A-N-A-D-A, I know the song!

DL: Has your recent marriage had a significant impact upon your creative process?

Anton Newcombe: [Pause] No, we’ve been living together. I try to have a normal family life. I get up, we cook together, I go to work, get home cook together and spend time with our son. I enjoy going to work, as opposed to living in a studio and being constantly confronted by that. After I finished the last album, I spent a month at home and didn’t think about music. I put that out of my mind. I wasn’t focused on anything except for enjoying cooking and stuff like that.

DL: How did you write the song “What You Isn’t” from the new album?

Anton Newcombe: I was trying hard to write songs and just start playing. I flew Ricky [Maymi] over to Berlin for moral support. I like doing this imaginary loop de loop in my head with notes and progressions. Watching the Dandy Warhols play last night, they do this four chord thing that’s like Tom Petty doing “Free Falling” but more stripped down. I do these figure eight patterns doing the same thing.

I’m really interested in conceptual art and I like to leave it that way as close as possible without having it be finished. Tonight when I play some of those songs I will be happier than with the record version that’s coming out in 10 days, lyrically. From conceptual art to performance art, I like to leave it that way. In my life’s work, it leaves it some place for it to go and keeps it interesting for me like I can still aspire as an artist to still do something as well thought out as [Bob] Dylan. I have my own theory about how I like to work that way. I leave myself lots of wiggle room.

DL: Austin Psych Fest includes a significant emphasis on international artists. Are there any artistic areas of the globe that have captured your attention lately?

Anton Newcombe: I enjoy music from around the world. I like this Turkish guy Barış Manço, he’s really good, crazy stuff. Goat is good, they are from Sweden. Some crazy fucking masked ritual shit, they are so good though. Everybody loves them, they are starting their first European tour, they’re going to blow up. That would be fantastic to tour with them except we’d be blown out of the water if played with them.

DL: The Zombies are one of the most critically respected pop artists. What were your thoughts on their performance last night?

Anton Newcombe: I have so much love for them I didn’t want to watch them do that to their music but they actually pulled it off better than the Rolling Stones do. The Stones don’t even attempt to do “Paint it Black” cause it would just be a joke. I’m not dissing the Zombies, my history with that band goes all the way back to when I was a baby. My mom loved that album, Odyssey & Oracle, there are more songs that I like on it than on Sgt. Pepper’s. Easily more songs. But to listen to them butcher it [smiles, pause], well, they didn’t butcher it exactly, but there’s a problem with approaching vintage material with modern keyboards.

DL: Could you ever see yourself touring 50 years with the BJM?

Anton Newcombe: It doesn’t really matter what I want. I never really wanted to play teenage music. When we started, youth music was outlawed from the ’60s. All the clubs were 21 and older. The whole thing you had to do was be adult enough to be able to play at a place. To get out of garage parties. We had parties and a thousand people would come to a kegger. We had all the teenage girls from the school and all that stuff, so it was a totally different thing from these guys who were in bands to get laid. That was never my thing, it’s a totally different angle. For me I like playing music; for me its a folk thing of bringing people together. People who have been watching my band, following my groove over the years, they want to start their own thing. Its vey much a folk thing if you are watching your grandma play guitar and you’re like “I wanna get a guitar.” You see bands nowadays playing with wah-wahs, and you’re like “that’s cool, I wanna buy a wah-wah pedal.” A lot of these guys listen to Spacemen 3 or whatever and start a band with two notes in it, it could be anything. To me those are all folk elements, it has nothing to do with “I wanna get so big” cause all these bands are in complete fantasy land about being so big because its never going to happen for them.

DL: What was it like reuniting with the Dandy Warhols at Austin Psych Fest 2014?

Anton Newcombe: It was okay. We did that at Lollapalooza a few years back. Courtney asked me if I wanted to do it, I didn’t want to because I was really tired but do these things for people.

Even if we suck, we play last. So everybody’s going to be too fucked up to notice or if they are sober, who’s going to listen to a sober shit talking asshole at a psychedelic music festival? You can’t lose playing last.