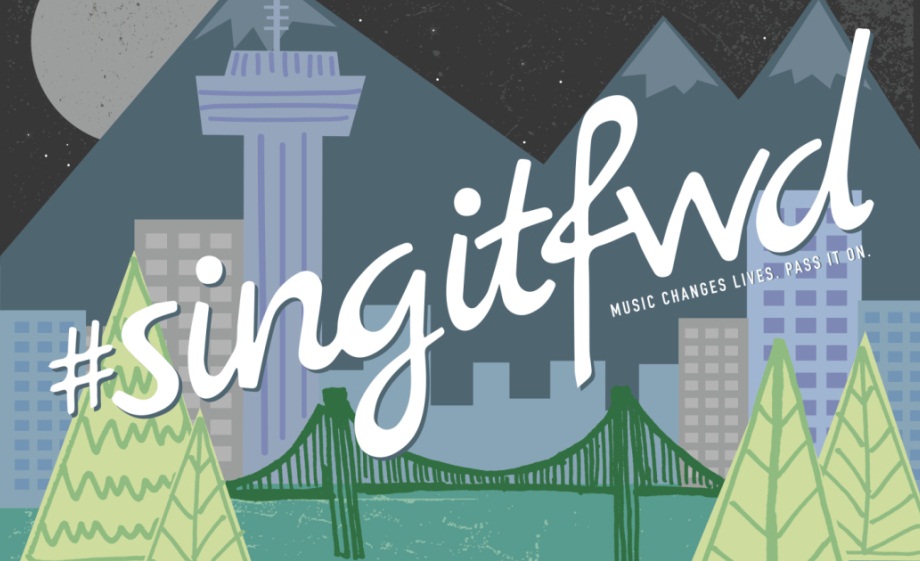 For the past 4 years #SingItFwd has been a staple event in Vancouver.

Year over year they bring in wonderful Canadian musical talent to raise awareness, community connection, and much needed funds for Vancouver’s Saint James Music Academy (SJMA). The previous three years they have raised over $100,000 in total with 100% of the proceeds going directly to the Saint James Music Academy, which offers high quality music instruction in Strings, Woodwinds, Brass, Percussion, Choir and Orchestra to children living on Vancouver’s Downtown Eastside at no cost to students’ families. They provide social change through music five days a week to just under 200 children, including daily meals and ongoing social support including music therapy. This is a very important event, that brings music to many children that would otherwise not have access to the tools they need.

This year #SingItFwd aims to raise an additional $40,000 to not only help fund and support the programs at the SJMA, but also to help the school work towards its goal of securing their own facility for the 2016 school year. For those unable to attend #SingItFwd or are attending but would like to further contribute to the SJMA, you can do so by visiting http://sjma.ca/donate or donating directly at the event on January 8th.

They are expecting #SingItFwd to have its fourth consecutive sell out crowd, so I would suggest running out and grabbing a ticket before they are gone. You can grab a ticket right here.

Do not miss out.

This year the lineup is a beautiful balance of talent. From hip-hop to blues-rock to pop, they have it all.