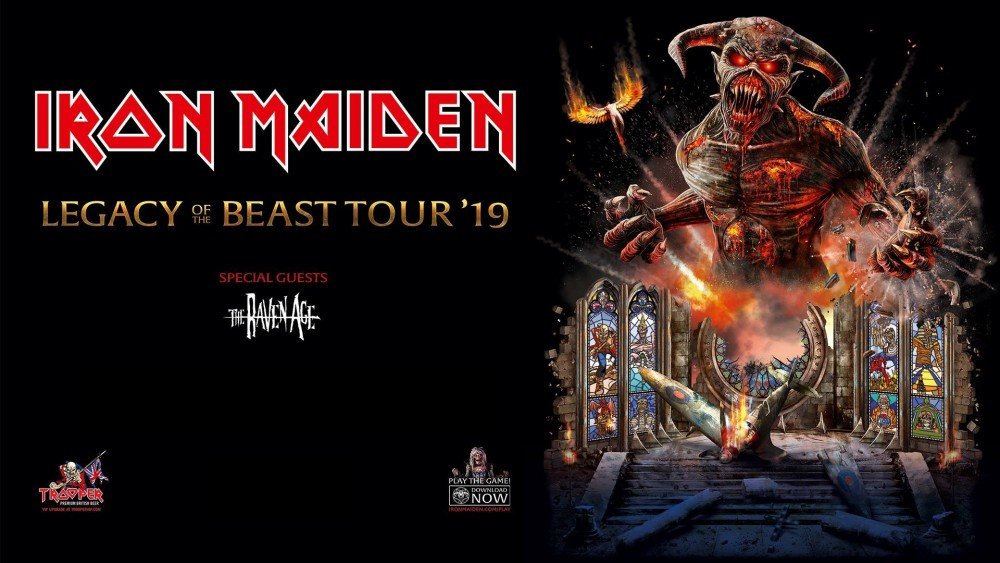 IRON MAIDEN will bring the Legacy Of The Beast Tour to North America in 2019 for an extensive series of arena and amphitheater shows produced by Live Nation, including eight shows in Canada. The tour will cover 33 cities right across the U.S.A. and Canada, including a return to Winnipeg and to Calgary, not visited since the Maiden England 2012 Tour, and two nights in Toronto at the 16,000 capacity Budweiser Stage. The full list of Canadian dates is below.

Tickets will go on sale to the general public beginning Friday, November 16th at 10am local time at LiveNation.com. As always, there will be an exclusive pre-sale for IRON MAIDEN fanclub members. Go towww.ironmaiden.com for all ticketing details.

The band’s triumphant first leg of the Legacy Of The Beast Tour opened in Europe earlier this year to outstanding critical acclaim, not just by the 750,000+ fans who came to see the show but right across national press and rock media, including The Times (UK) newspaper calling it “..an extraordinary show filled with world class theatrics…a masterclass in performance and staging.”