Reel Big Fish have announced tour plans for early-2019 when they’ll launch a trek in support of their long-awaited new LP ‘Life Sucks…Let’s Dance!’ which will be available everywhere on December 21 via Rock Ridge Music.

The guys are currently on the final dates of a UK co-headline tour with their old friends Less Than Jake, which featured several sold-out shows and has been scoring rave reviews from across the pond.

Later this month the band will resume the second leg of their Tickle My Tiki TOURch run with guests Ballyhoo! and We Are The Union. With the recent release of their instant fan favorite single “You Can’t Have All Of Me” and last month’s surprise LP announcement, Reel Big Fish are showing no signs of slowing down. In other words, Ska lives,ya’ll! 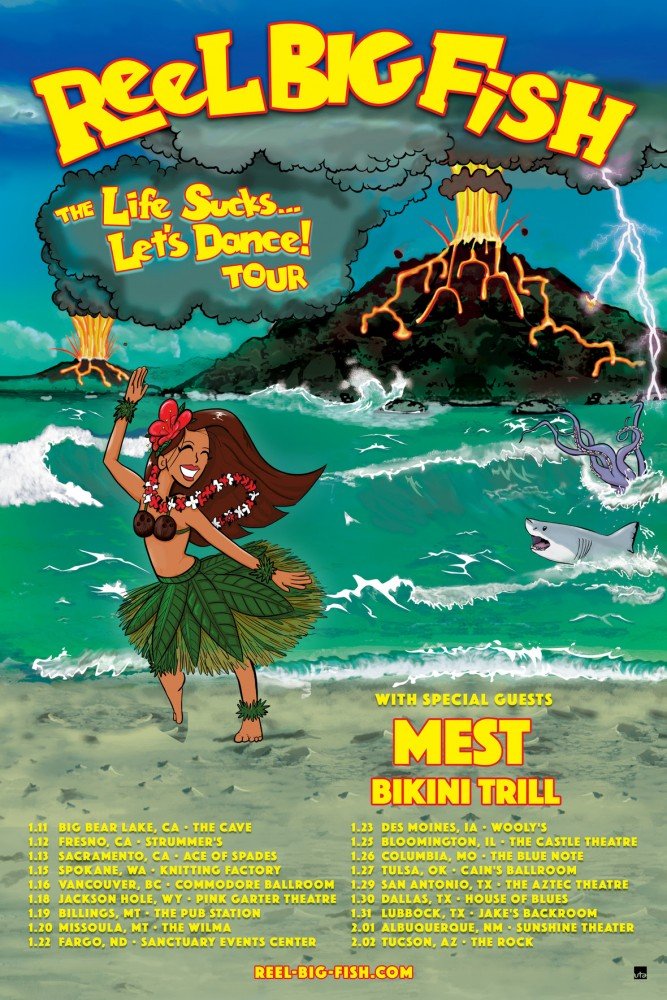