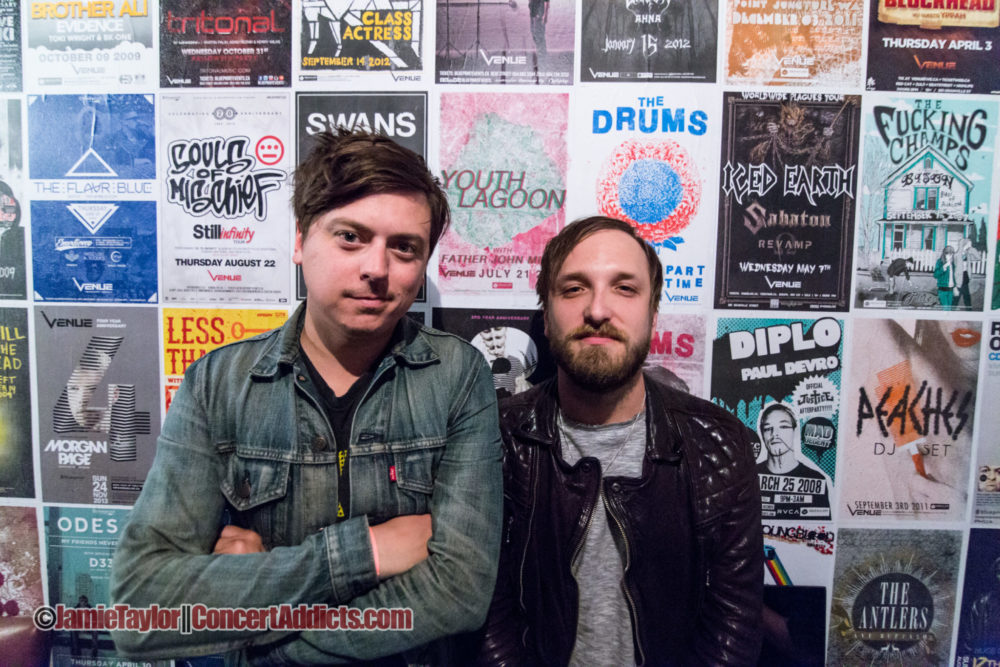 Nashville rock natives The Wild Feathers stopped in to Venue Nightclub on March 30th 2016 to play a set for an eager crowd.

We were able to steal a few minutes of their time to talk about being on the road, the latest album, and touring with Willie Nelson.

One thing we like to do, is ask interviewees what lesser-known artists they are into. Our goal is to help get our readers introduced to the artists that are inspiring their favorite musicians.

Taylor Burns chose:
The Shelters (band opening for them at this show)


After we chatted I stuck around and watched both The Wild Feathers and their opening band The Shelters perform their sets. Both bands were electric, I was in complete awe of both of them. If you think Rock n Roll is dead you are mistaken, it has never left us. Bands like these are killing it night in and night out. So if you are in the mood for something special, you need to check out both of these groups, they will not let you down.

I also managed to snag some photos of the night, check them out right here.