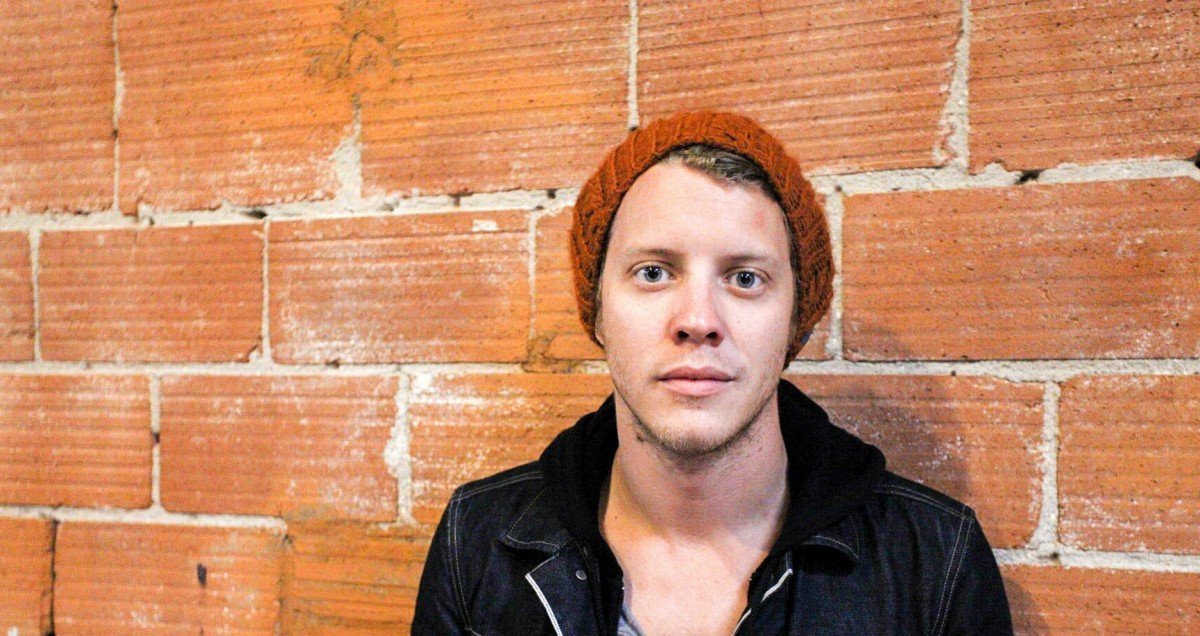 Concert Addicts – My first question is just about your name. I know you go by Anderson East, but your full name is Michael Anderson. Is your reasoning for it, just that it is your prefessional name? Or did it come organically from somewhere?

Anderson East – Well I pretty much just got tired of myself, and I guess its partly still my name. Ya, its really just that. I just got extremely tired of who I was, and trying to be some thing. It kind of gave an emotional barrier between the guy that sings songs and the guy that pays the phone bill. It felt like a way to, it doesn’t feel intuitive at all, but just a way for me to be more honest with myself. So ya, thats just kinda where it just came from.

Concert Addicts – That makes sense. I just found that very interesting. It makes sense though, kind of like a separation of yourself almost.

Anderson East – Well ya. I think you’re able to, really get down to the heart of the matter a little bit more quickly.

Concert Addicts – Thats really perfect. Since your album Delilah [2015] came out in this year, how has that been? I mean how have you been seeing that be received as you’re out on the road? And how are you seeing the songs be received?

Anderson East – The people are coming to the shows, and , you know, they are singing along. They’re finding us. So I guess its being received well. People seem to say they like it.

Concert Addicts – I mean I have only been newly introduced to it in, I would say, the last 5 weeks or so. I just can’t stop listening to it. It’s just my type of music. I heard the line drawn between you and Sam Cooke. Some call it Sam-Cooke’esque, some people say. I can definitely hear that in your vocals. Just beautiful music, from the heart, you can’t really go wrong with that.

Anderson East – Thats up there. I mean, I don’t think you can go wrong with Sam.

Concert Addicts – As soon as I thought of this question, I tried to figure out my favourite myself and it’s just really hard.

Anderson East – Ya, I would have to look at a list.

Concert Addicts – And just narrow it down just over that?

Anderson East – Ya, and it would be compeltely different every day.

Concert Addicts – Any chance of you and Brandi Carlile doing any collaborative work after you guys toured together? Possibly in the future?

Anderson East – You know, I don’t know. I think that if there’s, I can only speak for myself, but if there is a song on my end that I was like – “Oh this would be great to have her voice on” – I will definitely put the call in, and hopefully she will.

Concert Addicts – You guys compliment each other so well. Just the sort of scratch in your voice and the sweetness to hers.

Anderson East – Well shes got it too, man. She got this, like the back end of “The Story” or something where she just goes for it. It’s like – “Oh my god!” Ya, she’s unbelievable.

Concert Addicts – Ya, she’s has a wonderful, it’s very unique. When she pulls out those pipes and just barrels into a song, you really feel it. And right now you are on tour with The Lone Bellow, and thats been since the last couple weeks I guess. Since the end of September?

Concert Addicts – Have you guys done any collaborative work? Or been up on the stage with them?

Anderson East – Ya, we’ve been doing a couple tunes at the end of the night. It’s been fun.

Concert Addicts – Nice. I’ll have to search that out. I’m not going to be able to check you guys out tonight. I wish I was. Hopefully I get to see you perform another time. It’s Thanksgiving weekend here, so I’ll be going away with my family.

Anderson East – Oh, gotcha, gotcha. We do it at a little bit of a different time, I didn’t know.

Concert Addicts – Ya, you guys are in November, and we are here in October. This weekend. I’m not sure of what the difference is, but same sort of story I think.

Anderson East – Pilgrims, Indians, its all the same stuff.

Concert Addicts – Ya, it’s exactly the same except it’s in different months. Same traditions and everything.
There seems to be a surge recently, of rhythm and blues out there. I mean, obviously, with you, then you have Leon Bridges and St. Paul and the Broken Bones. That sort of raw, true blood R&B out there. Do you think that is something that is just happening coincidentally that, that is becoming more popular? Or do you think it’s like a people-need-it-now sort of thing?

Anderson East – I think people always need that kind of music. You know? I can’t speak for anyone but myself. I’m a big fan of St. Paul. They’re amazing, and they grew up about an hour and a half South of where I’m from. I think, again, it’s just feel good music. People want to feel good, and you know I think it’s just honest music at that point. I think people have been gettin’ fed really manipulated songs for a long time. And it may not be huge chart-topping hits, and stuff like that, but there’s an audience for it that wants to have a good time. That wants to believe what you say. I think that’s just it, its just sincere music, and if we get lumped into that category then I really enjoy that. I think it always is gonna be that way. I think right now there is a shift, for sure. Even being out with The Long Bellow, it’s like the same mentality of making music. Even though it’s not the same genre specifically. It’s the intention and the heart behind it. You know, people are smart. Like they know when they are being lied to, when it’s just not authentic. So hopefully that just comes out. I really hope that’s what people are going for.

Concert Addicts – I totally agree with that. Your type of music, I mean the music you are playing, from the heart, theres a truth to it. It’s real. You can feel it immediately. Whereas if you hear something over polished on the radio, synthesized or whatever, its easy to separate from that very quickly.

Anderson East – Ya, but thats also the game, you know? I think there’s music for the masses, and then there’s artistic music, and where that can find the same road something really special happens. I guess that is all I can really say about it.

Concert Addicts – You can only speak your own truth. I see the same thing. I completely agree with that. You have been on the road a while, the past few months?

Anderson East – Since the end of January.

Anderson East – Ya, this whole year.

Concert Addicts – Inbetween shows, travelling on the road, is there anything you do to keep yourself entertained/motivated/kill time?

Anderson East – We listen to a lot of stories and podcasts. All of us guys in the band, besides music, it’s just stories and jokes and cuttin’ up.

Concert Addicts – That sounds pretty awesome. I now only have one last question for you. It’s something I ask everyone out of selfish reasons because I want to discover new artists. Are there any lesser-known artists that you listen to or know of out there that you think deserve people to tune in to or check out?

Anderson East – Ya, absolutely. He’s not new, he’s actually been dead for awhile. This guy, his name is Ted Hawkins [check him out here] and he was a street performer in either Venice or somewhere like that. Amazing voice, unbelieveable voice, and real conversational lyrics. I think that would be somebody for a lot of people to check out.

Concert Addicts – That sounds good. I mean for me its just a selfish thing, I just want to get more music to explore, and I like to share. Thank you for your time. I really appreciate you taking the time to talk to me.