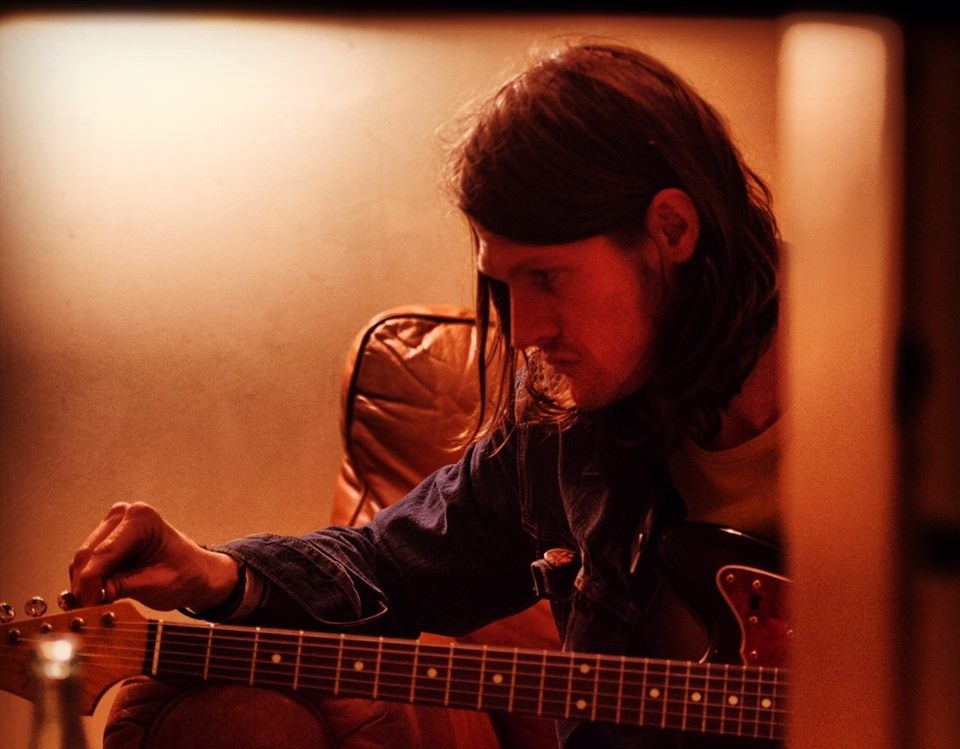 Dave Lacroix: The Revelators haven’t played Austin Psych Fest in a couple of years. What’s new with the group?

Bob Mustachio: Last year we played with the U.F.O Club at the preparty at Red 7. That’s a band we are in that shares members with The Revelators and Night Beats. We play either at the preparty or the festival each year.

DL: Do the Revelators write material as a band or do you write most of the songs yourself?

DL: The Revelators’ first record, The Lost Album was recorded in Oakland with Greg Ashley. What brought you to record in Oakland?

Christian Bland: The Black Angels were on tour on the west coast. I had about a week before a show that we were going to play in Boston. So we were playing San Francisco and a week later in Boston. I stayed in Oakland for five days with Greg Ashley while the rest of the band drove the band across the country to Boston. That’s a crazy long haul. Those songs are a time capsule.

DL: Many Revelators songs feature reference dark events and material such as “13 Cent Killer” or “Murder at My Lai”? What inspires you to write about dark subjects?

Bob Mustachio: A lot of it has to do with the intensity of being a human being and the human condition. The things that happen, the things that people do to one another through time it is difficult to correlate. Music is a great way to reflect on those things for me. It’s an outlet for that sort of stuff because it is abstract and you can say whatever you want without coming out and sounding like you are on a soap box. You aren’t trying to preach to anyone about anything you are just trying to relate your feelings about something.

DL: Christian, how did you write the song “Panic Picnic”

Bob Mustachio: [laughs] We don’t play that one live.

Christian Bland: That song is very inspired by Love, particularly the song “7 & 7 is”.

As far as the lyrics go, they are about the human condition. [laughs].

DL: The Revelators have extremely vivid and perplexing album artwork. Do you still work as a visual artist and are you still doing your own artwork?

Christian Bland: I do. Bob and I have been working together recently.

Bob Mustachio: We are really good at collaborating it seems. We both enjoy it a lot on all sorts of levels. We do projections for the Black Angels. We play together with the Revelators & the U.F.O. Club. We are also good at drinking together.

DL: You guys sound pretty busy between graphic artwork, lighting setups and multiple bands. Do you ever feel the need for downtime?

Bob Mustachio: I have two awesome dogs for that. I highly recommend dogs.

DL: Are their any artists from Canada that have been influential on your music?

Christian Bland: the Plastic Cloud are one of my favourites. They are a 60s band from Toronto. They are amazing. The Pink Mountaintops, Elephant Stone are good friends of ours. Rishi Dhir [of Elephant Stone] played with the Black Angels for all of 2012.

DL: It’s been a little while since the Revelators’ last record Pig Boat Blues in 2012. Is there a new album or material on the horizon?

Christian Bland: It’s called the Unseen Green Obscene. It is being mixed now and will hopefully be out by August or September. The artwork is all done and ready to go. It’s coming!