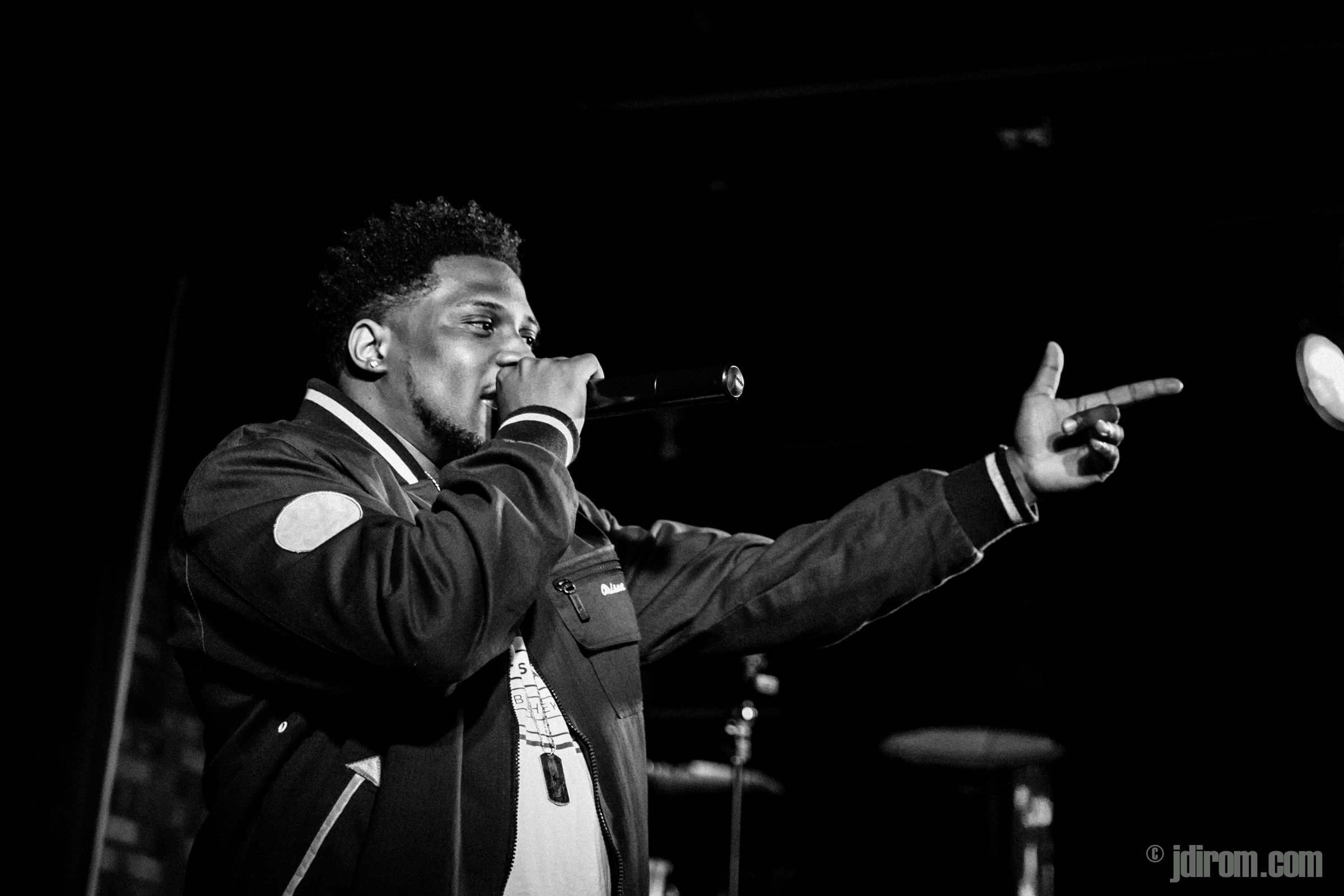 The concept is simple. Ten artists performing ten minute sets starting at 10 o’clock. That is the premise of 10 at 10: a Hip Hop Showcase of Beats and Rhymes.

There is beauty in diversity.

The quintessence of 10 at 10 is that it embodies the full range of the Hip-Hop scene. Volume 43 took no prisoners. Starting with some rapid fire rapping from Blieve, and followed by Christian rapper A.O.N.

The show took a turn with the spoken word of Harry Baker, a poet from the Bristol in the United Kingdom. His poem the ‘Bumblebee and the Scientist’ draws the crowd in as they hang on his clever word play. Harry, while quite unexpected, was the jewel of the night and again illustrated the diversity of what is embraced by Hip – Hop.

Casino Costa delivered a solid rap set, and in another testament to the range of the show, the audience was treated to the soulful, yet sultry vocal performance of Missfudge.

The show goes on to feature a dance crew in the form of The Tomorrows, a demo of new beats from produced Q82, as well as further rap performances.
An incredible range of performance from numerous Hip – Hop disciplines.

Without a doubt 10 at 10 is leading the way to positive, diverse, and growing Hip Hop scene. With the mantra “Let’s Build”.

The featured emcees, singer, and producers for Volume 43 were as follows (in order of billing), were, Blaze On3 & Donatello, Q82,Casino Costa, Harry Baker, Missfudge, Bobby Blastem, Blieve, Lex & Moe D, A.O.N., and The Tomorrows.