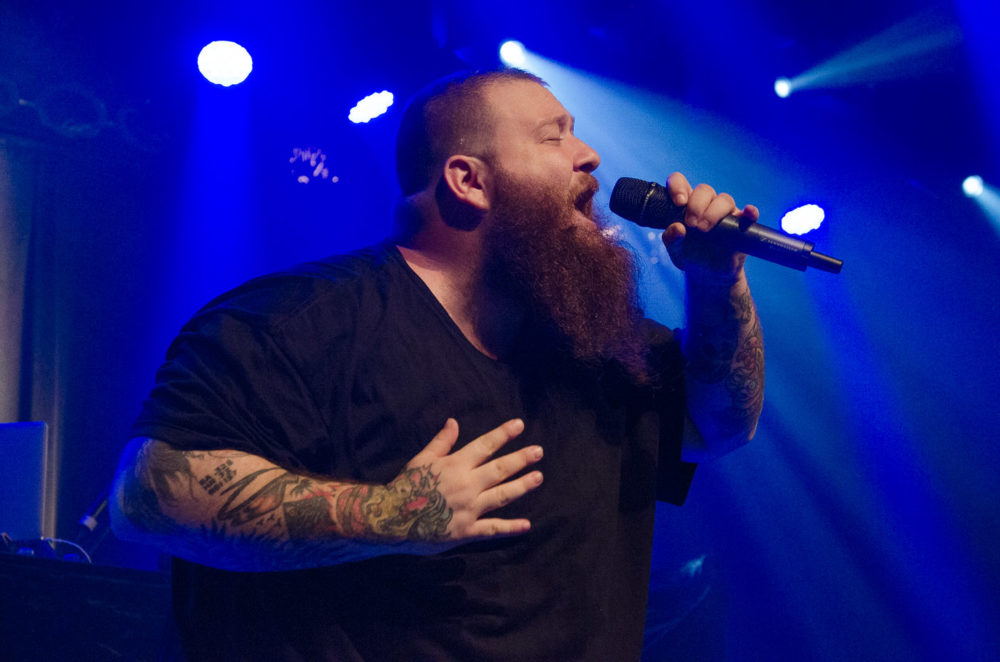 Action Bronson and Meyhem Lauren’s tour came to Vancouver’s Commodore Ballroom on September 12th. The two rappers brought hip hop back to basics with their simple yet captivating beats layered with hard hitting vocals. Recently, Action Bronson has been gaining popularity not through his music, but with a Youtube series called Ancient Aliens. The series shows him and other artists including his DJ for this tour, The Alchemist, getting high and watching episodes of Ancient Aliens. Through this show, his name is bigger than ever and drew a sizable crowd for this stop in Vancouver.

Meyhem opened up the night with 90’s hip hop inspired beats accompanied by a lyrical flow that reminded one of the late, great Biggie Smalls. His reggae infused hit track, ‘Badmon Ting’ lit up the venue and he could be seen looking calm and collected onstage while belting out an impressive string of lyrics. By the end of his set, the crowd was loose and ready for the headliner of the night.

Sporting a righteous red beard and limbs covered in tattoos, Action Bronson took the stage and immediately started belting out tracks from all corners of his extensive discography.

His performance was no nonsense and focused on the music. He was belting out hit after hit including his revered track, ‘Easy Rider’. The song’s chorus repeating the calming words, “Ride the Harley into the sunset”. He owned the stage that night and put on an incredible show for Vancouver.

Check out the photo gallery below and look out for future Action Bronson shows.