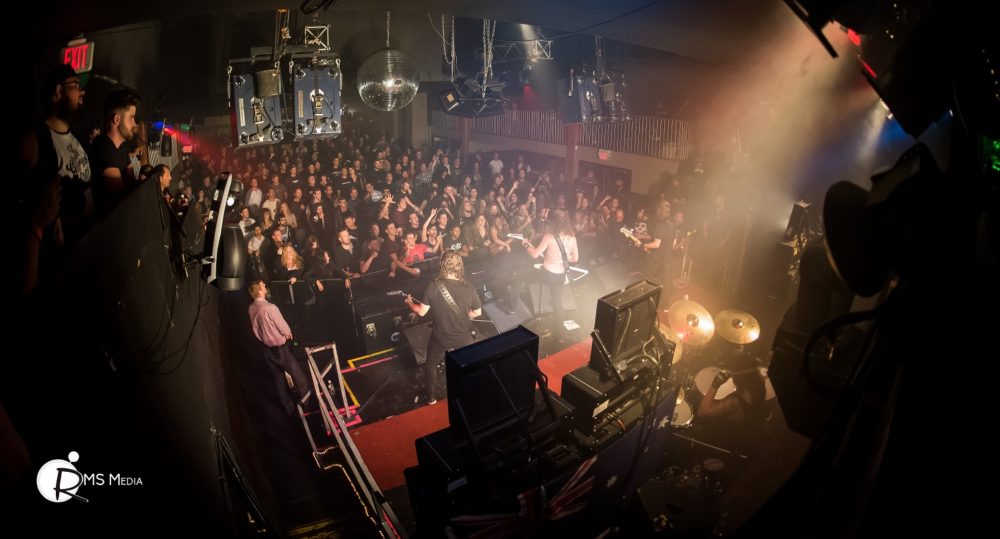 Airbourne is famous for their pure and distinctive rock’n’roll sound, over the top and sometimes shocking live performances. Sugar Nightclub in Victoria got that and more on Tuesday Night. It was a straight up no frills rock and roll show. Despite constant touring around the world, these guys are not slowing down at all, they had more energy and intensity than their last Victoria performance at Royal Athletic Park where they headlined Rifflandia in 2014. There is no question that Joel O’Keeffe is the star of the show and he proved why again last night, shirtless right from the start, and prowling the stage with crazy energy. It was great to see the band in an intimate atmosphere even with the plethora of Marshall Amps overpowering the room. Highlight of the night was a roadie come by the side of the stage, pick up O’Keeffe on his shoulders while playing “Raise The Flag” and wandering through the crowd.