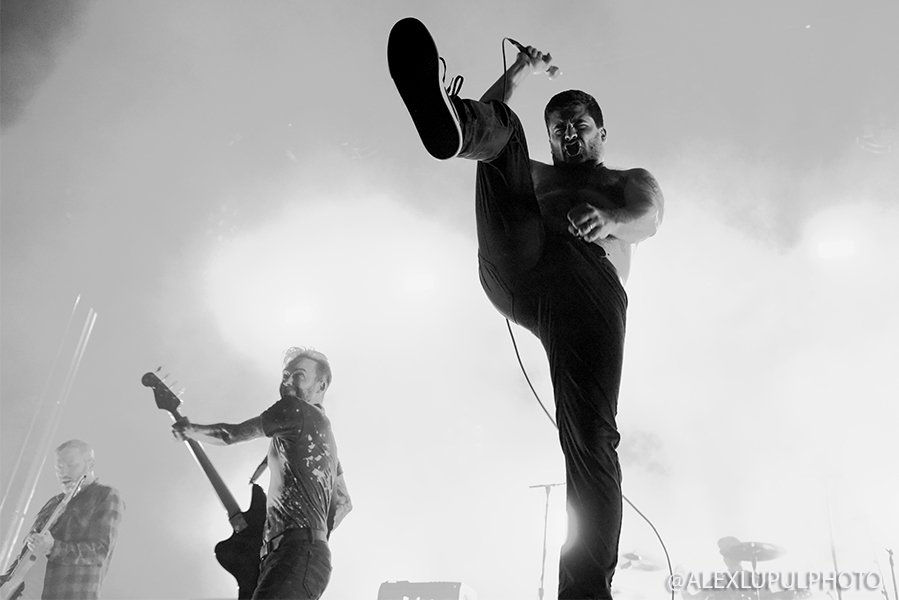 Alexisonfire’s disbandment and eventual reunion came as complete shocks to fans around the world. The St. Catharines, ON five-piece seemed content in keeping fans on their toes, as they announced their first new material in 10 years (the songs “Familiar Drugs” and “Complicit”), along with a string of headlining shows in London, New York, Los Angeles and Toronto.

The Toronto dates served as the band’s first headlining shows in the city since 2017. In the time since, the band has only returned as a surprise guest at the Rec Room and performed a house show as part of George Stroumboulopoulos’ “House of Strombo.”

These smaller performances would serve as a warm up for their two headlining dates at the 16,000 capacity Budweiser Stage.

Each date featured opening acts selected by the band themselves, with Glassjaw and The Dirty Nil performing on the 15th, while Quicksand and Moneen would take to the stage on the 16th.

The surprises continued before Alexisonfire took to the stage, as the Toronto Raptor’s mascot (“The Raptor”) lead the band onto the stage to celebrate the team’s first NBA title.

The band performed a 20-song setlist, drawing from each of the band’s studio releases as well as 2010’s Dog’s Blood EP.