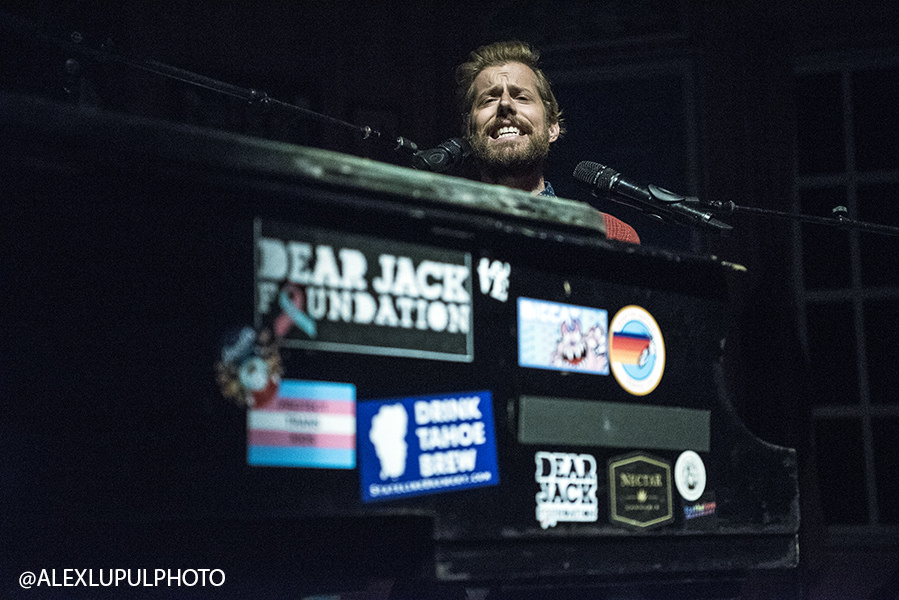 Bringing an expansive catalogue and plenty of friends in tow, Andrew McMahon took to The Danforth Music Hall stage as part of “The Pen and the Piano Tour.”

Joined by friends Zac Clark, Bob Oxblood and Allen Stone, the musicians forwent the typical concert setup of having opening acts and headliners. Instead, McMahon and co. performed a single set spanning nearly three hours, weaving performers in and out of the performance for an ever changing set list.

The acoustic affair allowed McMahon to perform tracks from his solo career, as well as his work with Jack’s Mannequin and Something Corporate, while also giving way to his tour-mates to perform their own music.

The rustic stage set up, intended to replicate that of a warm cabin, complete with wood panelling and a fireplace made the crowd feel right at home.