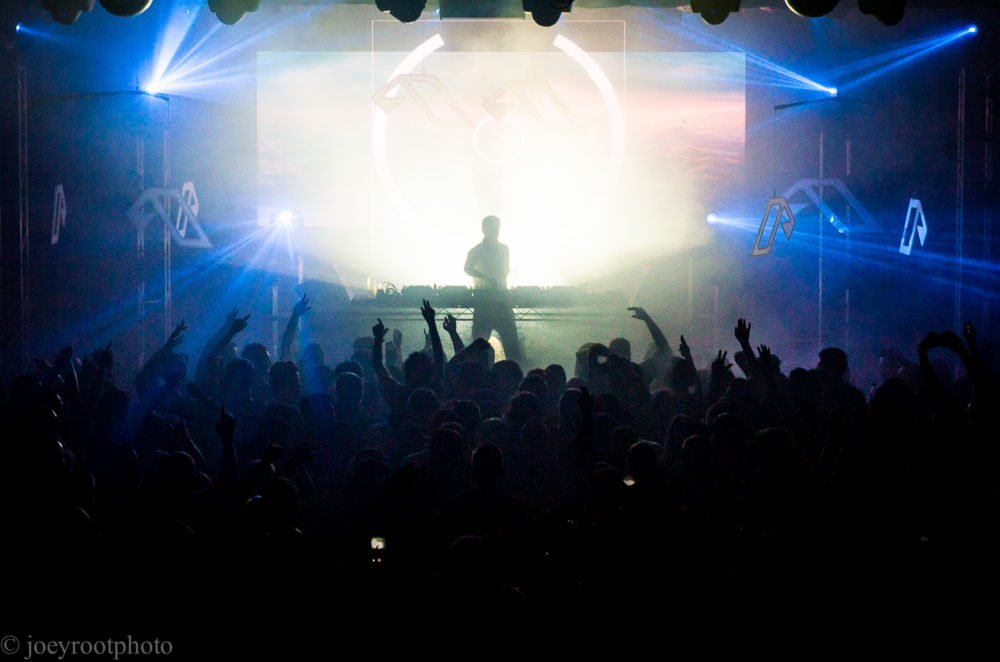 The Anjunabeats family returned to their admiring fans at The Commodore Ballroom in Vancouver this Thursday with a stop along their biggest North American tour yet.  We were joined by the legendary Andrew Bayer, along with Ilan Bluestone and Jason Ross— both of whom have exploded onto the scene in recent years and cemented high-ranking spots on Above & Beyond’s label.  I was a little surprised when Bayer was scheduled to begin directly after the opener, but was hopeful that he might delve into some of his more-eclectic tracks as a warm up.  Following an energetic yet dimly-lit opening set from local Anjuna member-at-large Alex Klingle, the crowd finally packed in and readied themselves.

Andrew Bayer took his place in the spotlight and immediately made it clear what kind of night this was going to be.  Without so much as a nod to the Anjunadeep side of his career he kicked things off with his hard-hitting classic England.  As I scanned the crowd I could see a few older-looking souls, completely sweat-free and devoid of neon, with a wistful look in their eyes.  But the bulk of tonight’s attendees were here for exactly this and bounced right along to that signature Anjuna-beat.  While the wooden floor flexed underfoot the stage exploded into technicolor signalling the impending euphoria of Ilan Bluestone’s Trance 2.0.

Without missing a beat Bayer bowed off and Ilan grasped the decks.  In typical fashion he took the room on a journey to where uplifting vocal-breaks give way to bone-shaking bass.  At this point the edges of the crowd began to thin while the heart pulsed stronger than ever.  While lovers of classic trance are often drawn to the call of Above & Beyond’s most-championed producers and DJs, I find it is the youngest, most die-hard Anjuna-lovers who put in the work to survive all night.  Left with much-needed breathing room the real fans were ready to welcome back the most-recent addition to the family Jason Ross and give him their complete and undivided attention.  Thanks to Anjunabeats for bringing us yet another exciting night of high-energy dance music.  This label is absolutely overflowing with talent and should be followed by anyone with an appreciation for fresh production and frequent events.  See you at the next one!