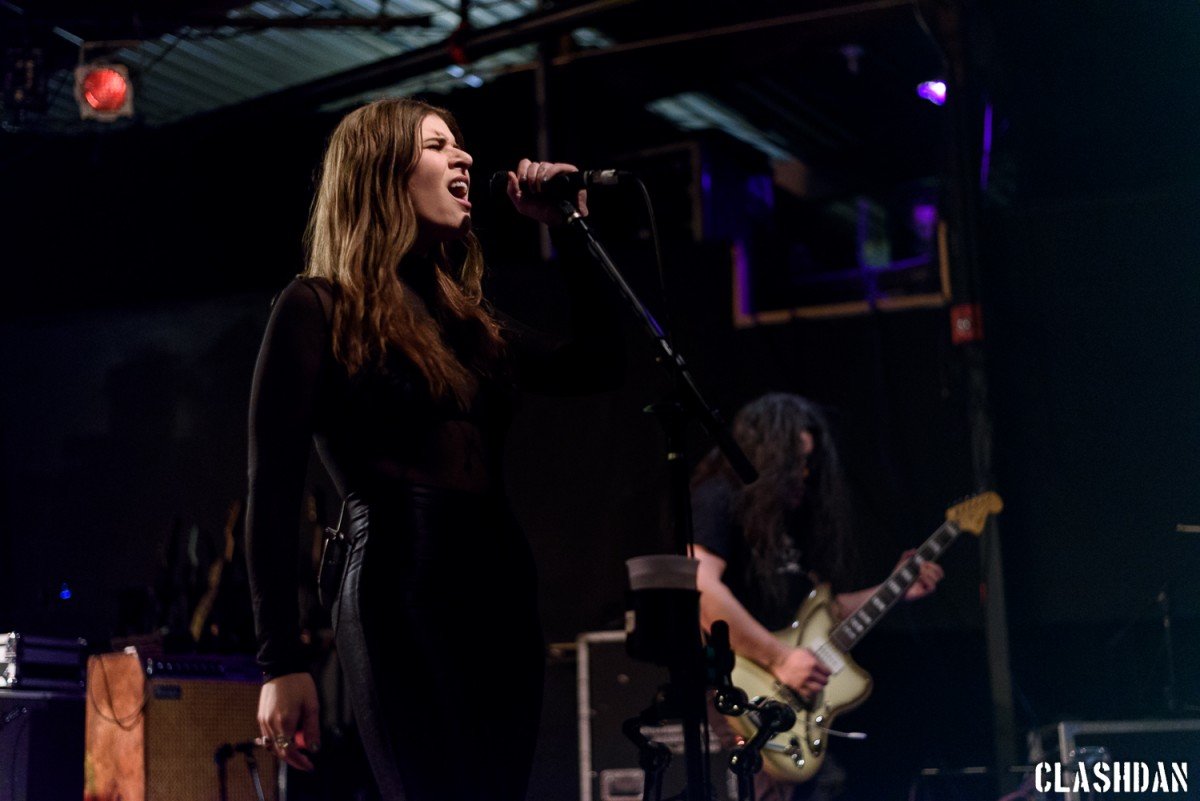 Wavves and Best Coast have returned to chase away the winter blues. Back in 2011, the two bands joined forces to put out a split 7″ and hit the road together on the Summer Is Forever tour. Five years later, long-time friends and frequent collaborators Best Coast’s Bethany Cosentino and Wavves’ Nathan Williams have announced another split with songs from Wavves and Best Coast. To celebrate the release, the two bands are once again setting out together on a co-headlining tour appropriately dubbed “Summer is Forever II.”

After enduring a day of freezing rain and ice, the sold-out Cat’s Cradle crowd was primed and ready for a dose of high-energy, sunshine soaked California rock. Tapped to kick off the proceedings was fellow Los Angeles band Cherry Glazerr. Fronted by singer-songwriter Clementine Creevy, the young up-and-comers played an infectious set of fuzzy garage-rock. Their songs were fun and light-hearted with just a hint of underlying venom. Cherry Glazerr have been building a buzz and garnering notice since releasing their debut album, Haxel Princess. After witnessing them win over the crowd at Cat’s Cradle, the praise appears to be justified.

Nathan Williams and Wavves were next up, and they immediately delivered an adrenaline shot of brute-force guitar rock with a sneering slacker punk attitude. The new songs from their latest release, V, may be more layered and polished, but at their core they still deliver the same muscular hooks and anthemic choruses as earlier lo-fi tracks. Songs like “Heavy Metal Detox” were delivered with the same pace and attitude as classic crowd favorites like “King of the Beach.” Wavves hit the stage with an all-out sonic assault and the crowd ate it up, moshing and crowd-surfing in a sweat soaked frenzy. This was a cathartic primal experience that culminated in Nathan Williams climbing up on a ledge over the crowd and diving into the outstretched and expectant arms.

Closing out the night fell to Best Coast. While Wavves whipped the crowd into a frenzy with a brash furious intensity, Best Coast took a more measured approach that was a bit sunnier but every bit as enthusiastic and captivating. With the release of California Nights, frontwoman Bethany Cosentino and guitar playing partner Bobb Bruno have evolved the signature lo-fi surf rock of their early albums and moved in a more layered and polished direction. As the Best Coast sound has expanded so has the band, creating a new dynamic that translates into the fullest sound they have produced in a live setting. Having been on the road touring behind California Nights, the additional musicians have gelled into a tight unit that delivered on the newer songs like “Heaven Sent” and “California Nights” as well as adding a new dimension to earlier songs such as “Boyfriend,” “Goodbye,” and “The Only Place.” Bethany was even able to set down her guitar for a few songs, and truly focus on her vocal abilities. Despite weathering some early technical difficulties, her voice held its own when presented front and center. Best Coast powered through their set at full speed, barely pausing between songs. The experience was every bit like a drag race… Fast, thrilling, and over far too soon.