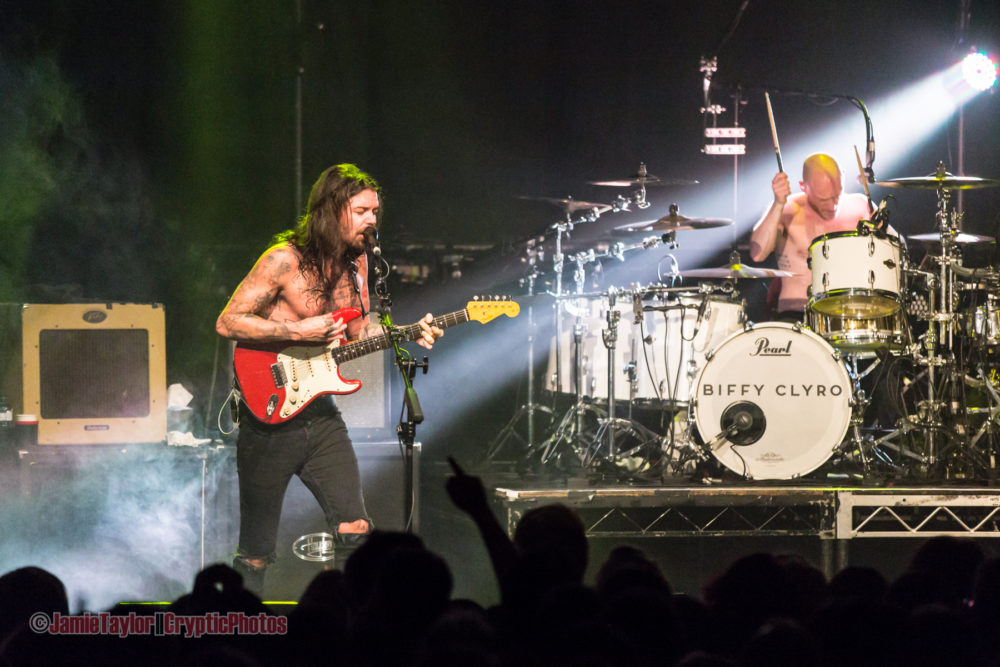 This band from across the pond are notorious for their intense live shows.

The last time I was able to see them was when they played the Commodore Ballroom back in 2014.

The group stormed the stage as the pulsing of lights emanated from the backdrop.

Shirtless, they stood before us. Bellows of theatrical smoke swirled about and the hum of their instruments filled the air.

They jumped into the night with “Wolves of Winter”, the first single from the band’s seventh studio album, “Ellipsis”.

That was the ignition point. The crowd and the stage both erupted into beat-driven chaos.

Though some of my shots turned out quite interesting it wasn’t clear enough to get crisp shots of the band. I was still quite happy with the batch of captures, though.

If you don’t know Biffy Clyro, you need to listen to them. You need to go to their website, find the closest show to you, and then proceed to drive however far you need to, in order to see them. They are one of those bands that people will talk about for decades.

Biffy Clyro setlist
Wolves of Winter
Living Is a Problem Because Everything Dies
Sounds Like Balloons
Biblical
Spanish Radio
Howl
In the Name of the Wee Man
Who’s Got a Match?
Bubbles
Re-Arrange
That Golden Rule
Black Chandelier
Medicine (Simon on acoustic guitar)
Different People
Mountains
On a Bang
9/15ths
Animal Style
Many of Horror