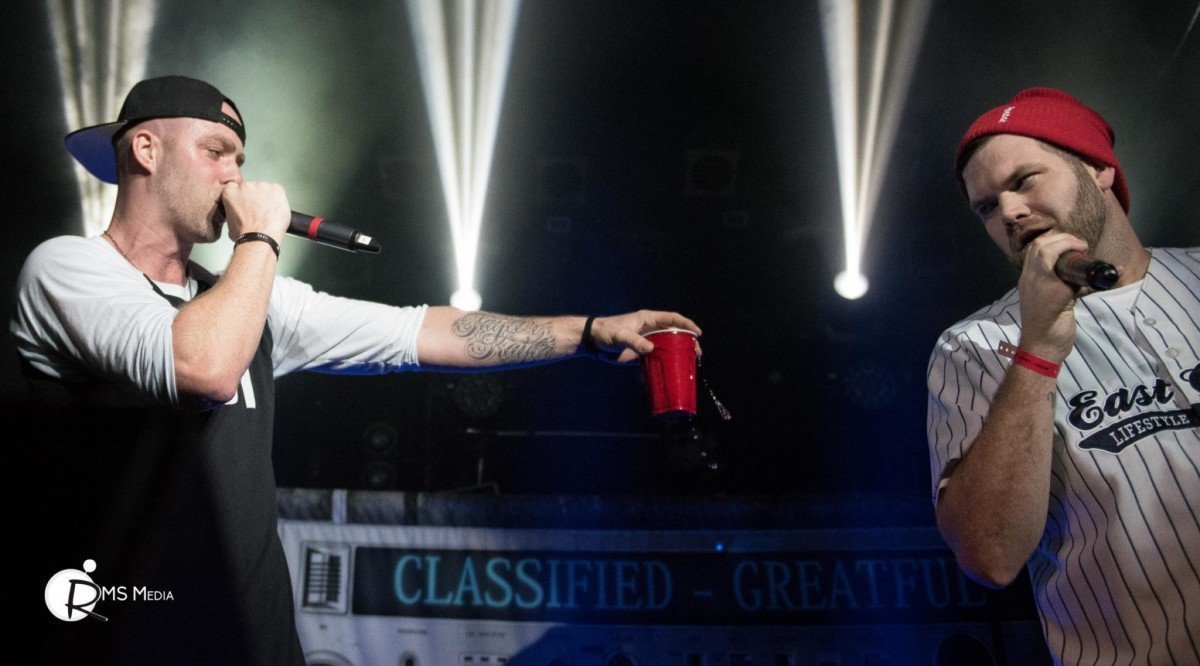 It was East Coast on The West Coast as Nova Scotia-based hip-hop star Classified, performed to a sold-out Sugar Nightclub in Victoria on Friday night. Classified is touring in support of his fourth album, Grateful, which featured the singles “No Pressure” featuring Snoop Dogg, and “Filthy” featuring DJ Premier. The evening started with rapper and lyricist Jd Era, followed up next with Vancouver-based rapper SonReal. Both acts were solid with a ton of energy, SonReal had been battling some food poisoning the day before, but managed to put in a great set.
Classified closed the night, & despite some initial problems with feedback and the monitor mix, played an epic set that the West Coast will not soon forget.
Rob Porter / RMS Media