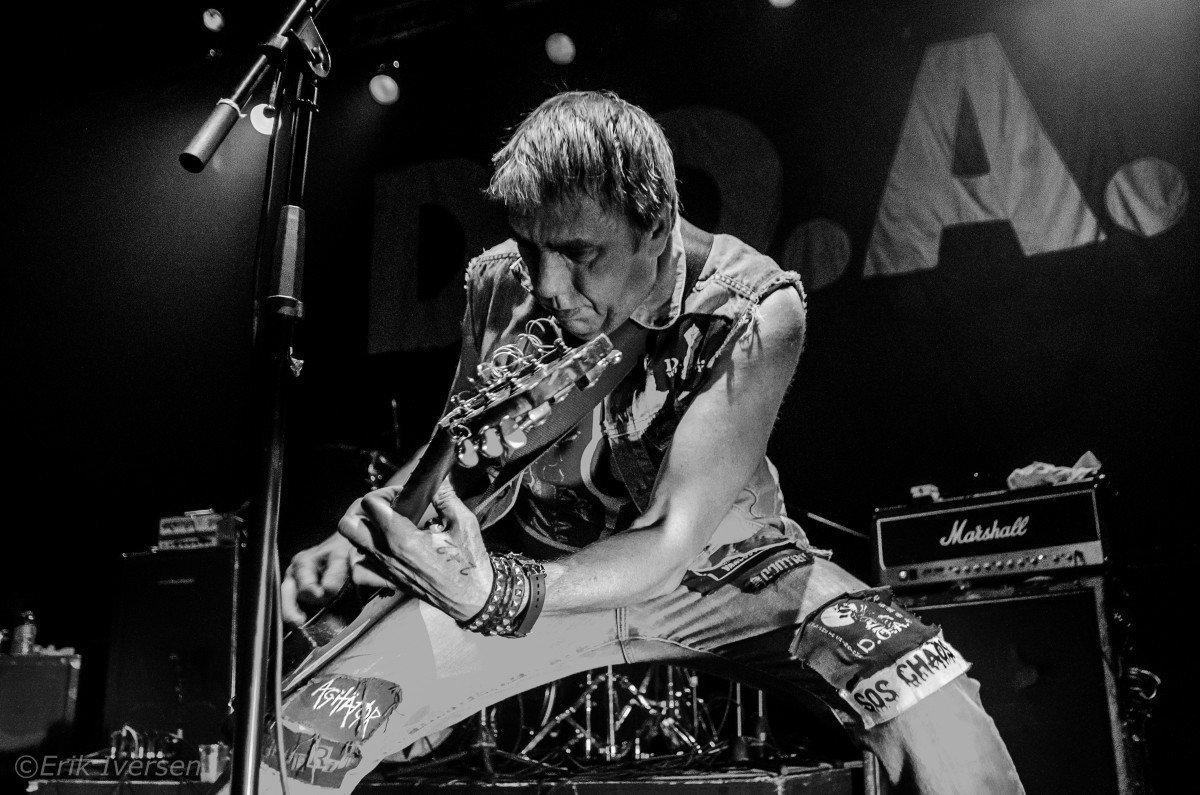 Vancouver punk icons D.O.A. have been around since 1978, with Joey “Shithead” Keithley the only continuous member. This is my third time seeing the current lineup (Joe: guitar+vocals, Paddy Duddy: drums, and Mike Hodsall: bass) and they are a fantastic trio. They blasted through all the old favourites, some new songs, and even a surprise cover of Stiff Little Fingers’ “Alternative Ulster”. According to Joe, this was the first time they performed it live, and they nailed it.

On this night Gob was playing on the same bill as D.O.A., and it was good to see a mix of their younger fans with many of the old-timers who were around since the late ’70s and early ’80s. I was surprised to hear that this was their very first time playing with D.O.A. By the end of their set they had the crowd singing along to their pop/punk anthems.