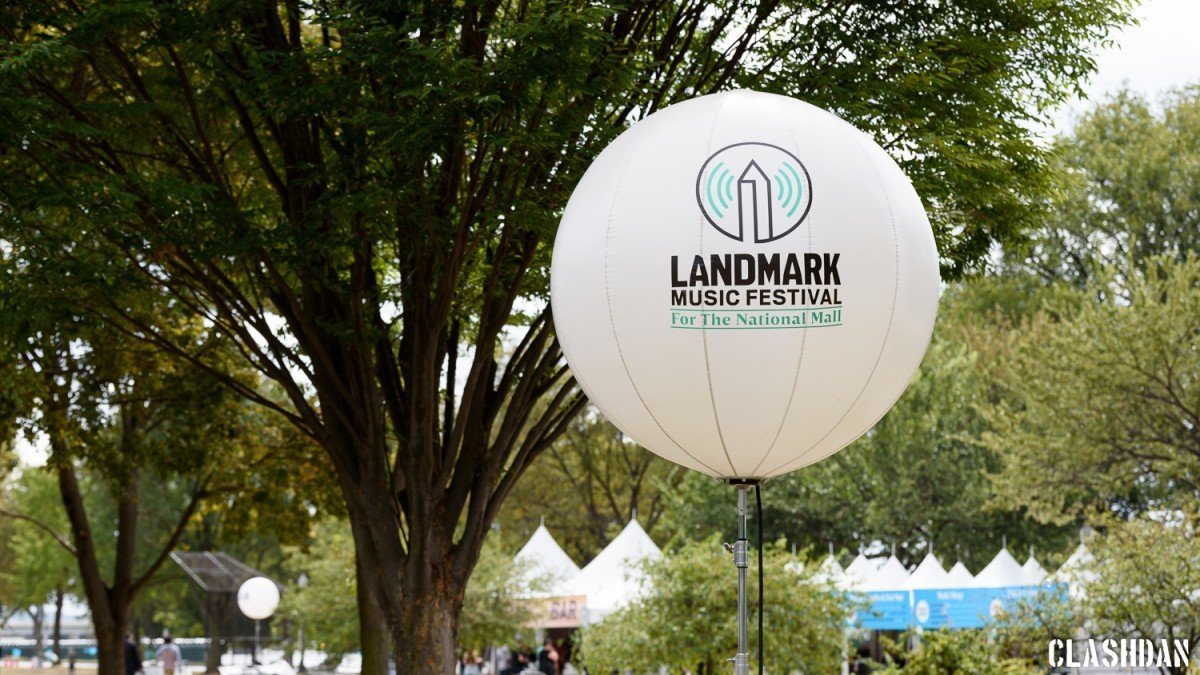 The Capital of the United States has joined the crowded landscape of large-scale music festivals. The inaugural Landmark Music Festival took place the weekend of September 26th in Washington D.C. The two-day event was held at West Potomac Park, which is located between the Potomac River and the Tidal Basin, and adjacent to the National Mall. Not your run of the mill music festival, Landmark was organized by C3 Presents, the company behind the Austin City Limits Music Festival and Lollapalooza, and held in partnership with the Trust for the National Mall. The weekend of music was organized in tandem with other events to raise awareness and funds for restoration of the National Mall. Considered “America’s Front Yard,” the National Mall houses some of the nation’s most historic monuments and memorials, many of which have deteriorated significantly over the last 40 years without proper maintenance.

With five stages and over 40 bands lined up and backed by a noble cause, the festival kicked off on a cloudy, cool, and breezy Saturday, with local indie rock act Ex Hex on the main stage. For an inaugural event things ran relatively smoothly with bands on schedule, and the grounds easy to navigate. There were a few hiccups however, with long lines at the food and drink tents and a shortage of available bathrooms. To C3’s credit, they acknowledged the issues and addressed them on the fly. By Sunday, additional staff and registers were added to help speed the crowds through the food and drink lines and magically overnight, additional bathrooms were added as well. All that was left to do was enjoy the bands, and that we did. Some notable performances from the first day included Ex Hex, Band of Horses, The Lone Bellow, a solo set by Strokes member Albert Hammond Jr., and a closing set from Drake (who we were unable to photograph as only a small select group of outlets were approved). Check out the bands we did catch below…

© Dan Kulpa
The War On Drugs