Tonight’s show was a fusion of many genres and feelings that each band awakened at the Imperial. Opening up the night were Uniform, from New York, USA, with a hardcore punk sound backed with harsh shouting by vocalist Michael Berdan. He swung his fists and put all his energy into being heard through the mic. With only one guitarist on stage, Ben Greenberg, that was all they needed for a booming down-tuned heavy tone. Just before their last song Michael gave a tearful speech asking the crowd to give a moments silence to pay respects to the Charlottesville shooting 12 months ago. 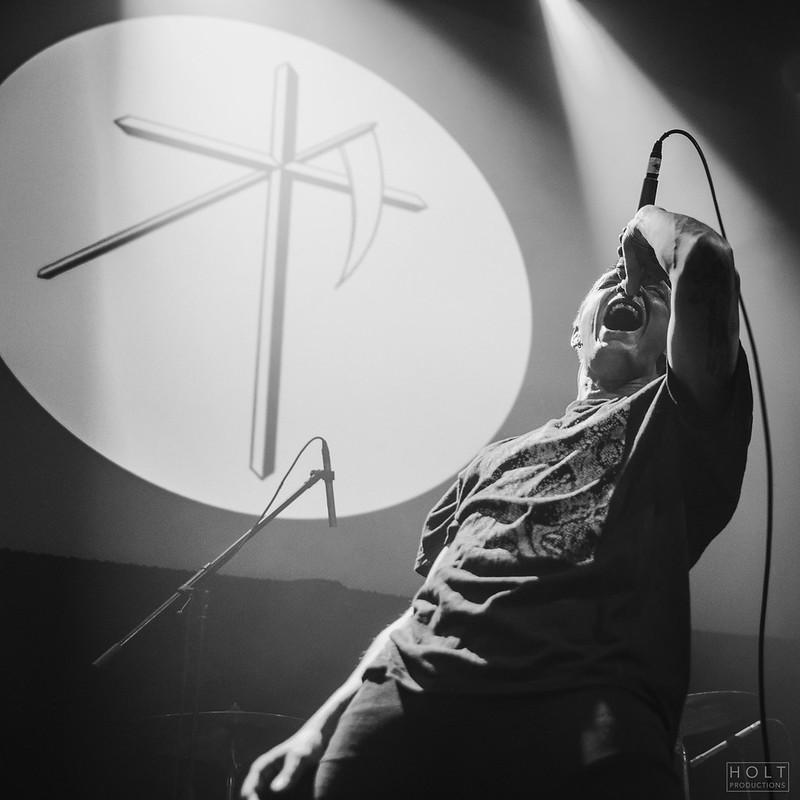 The second act Drab Majesty were on a completely different musical spectrum with a 70s/80s synth style. The two band members were a guitarist and a synth player. Both were dressed identically with faces full of makeup and big sunglasses that made it seem they were in sync with one another. The ‘synth wave’ music has become very popular as of late with many sub-genres but for Drab Majesty have a unique gothic vibe accompanying their retro looped beats. 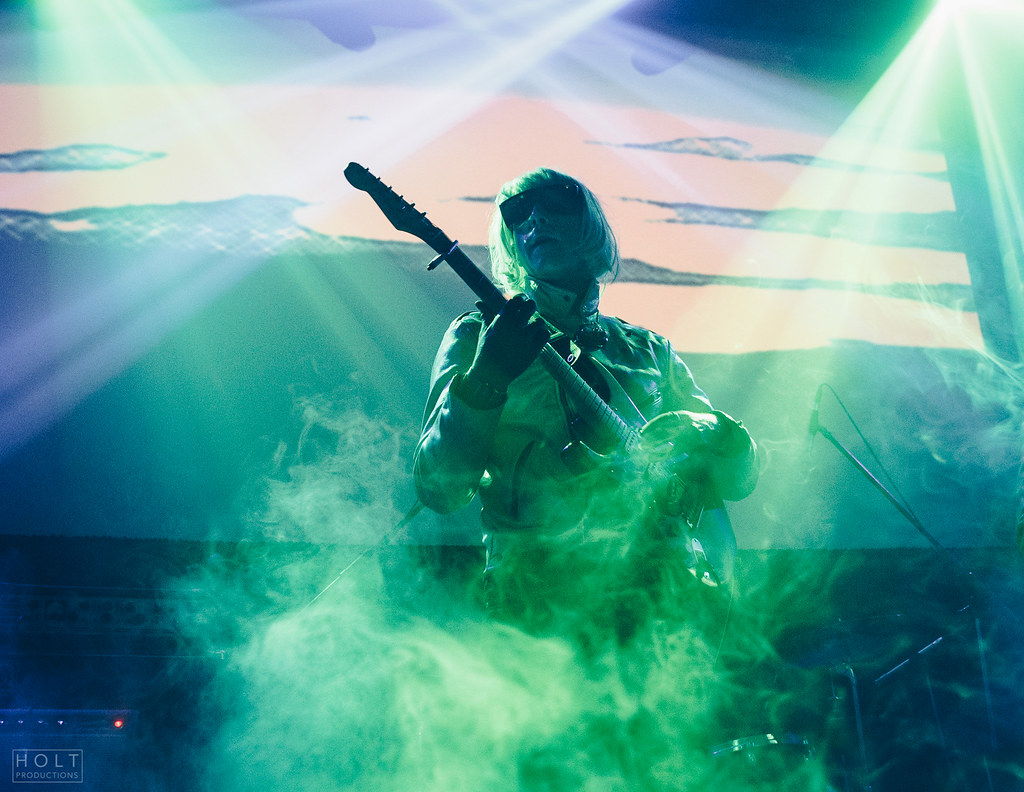 Last but certainly not least, the mighty Californians Deafheaven took the stage kicking off with their latest track ‘Honeycomb‘, accompanied by a projection of the music video at the back of the stage. The song hit hard with its relentless double kick drum beat, gnarly melodic riffs and black metal style vocals. The crowd erupted and opened up a large mosh pit in the centre of the floor. Lead vocalist George Clarke did not stand still for a second, totally possessed by the chaotic drumming and mimed every cymbal hit. His high energy and constant head-banging was contagious, leaving no excuse for fans to stand still. The audience had a few seconds between songs to catch their breath before being hit with their critically acclaimed track ‘Sunbather’. The set continued with 16mm-style film visuals of the band walking around San Fransisco with friends and having a nice day out as they thrashed around the stage. 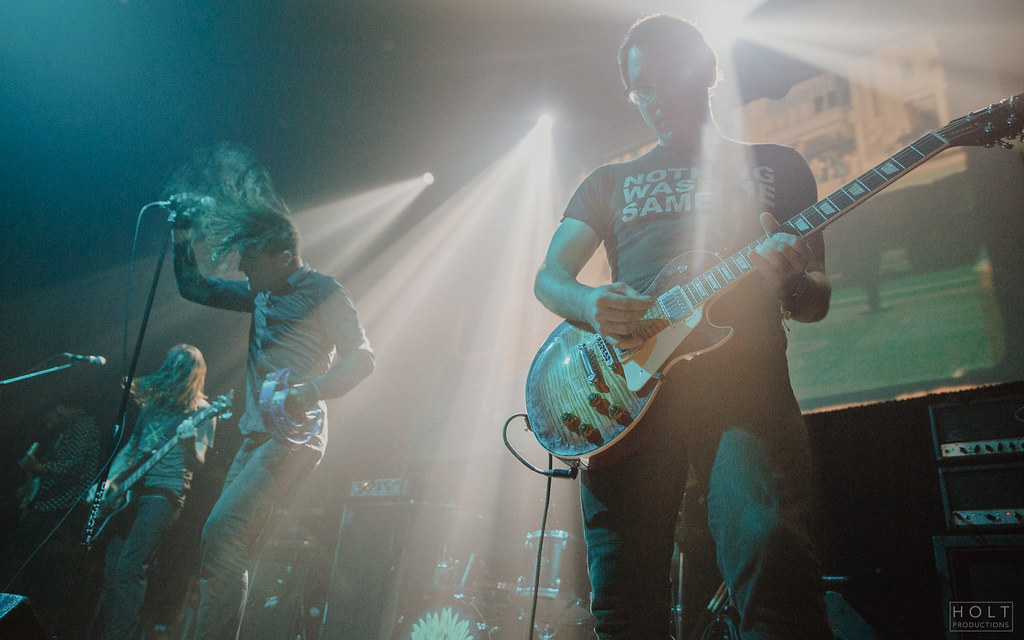 Their sound has many crossovers and labels given to them such as ‘blackgaze’ or ‘post-metal’, but one thing’s for sure, they know how to put on a show and every member is extremely talented.