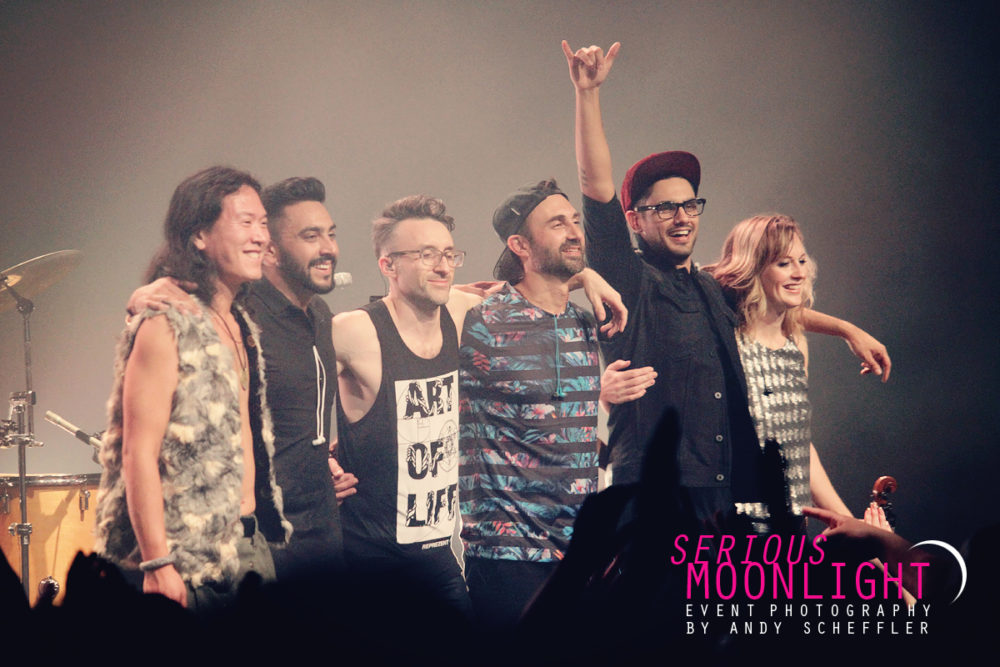 The extraordinary multicultural mash-up that is Delhi 2 Dublin played to a crowded Commodore Ballroom crowd on their 10th anniversary. Their music, as one imagines, spans a variety of styles, but to pin them to one thing, I’d refer to them as a party band. This is music to move to, and the crowd was indeed moving, from some very intense dancing on the sidelines, to interacting with the band’s encouraging to raise up a peace sign or jump up and down (though the band stopped songs a couple of times when they felt the audience wasn’t holding up their end. “When we break into the Punjabi beats, you guys know what to do by now!”). Backed by rave-inspired CGI visuals, the set included the usual players on fiddle, tabla, synths, guitar, dhol, and a variety of other percussion, infused with vocals straddling hip hop and reggae, a guy in a utilikilt playing sitar, a couple of Bhangra dancers and a whole lot of positive energy. These guys are all about inclusiveness, and while the songs may be light on lyrics, they are big on love.