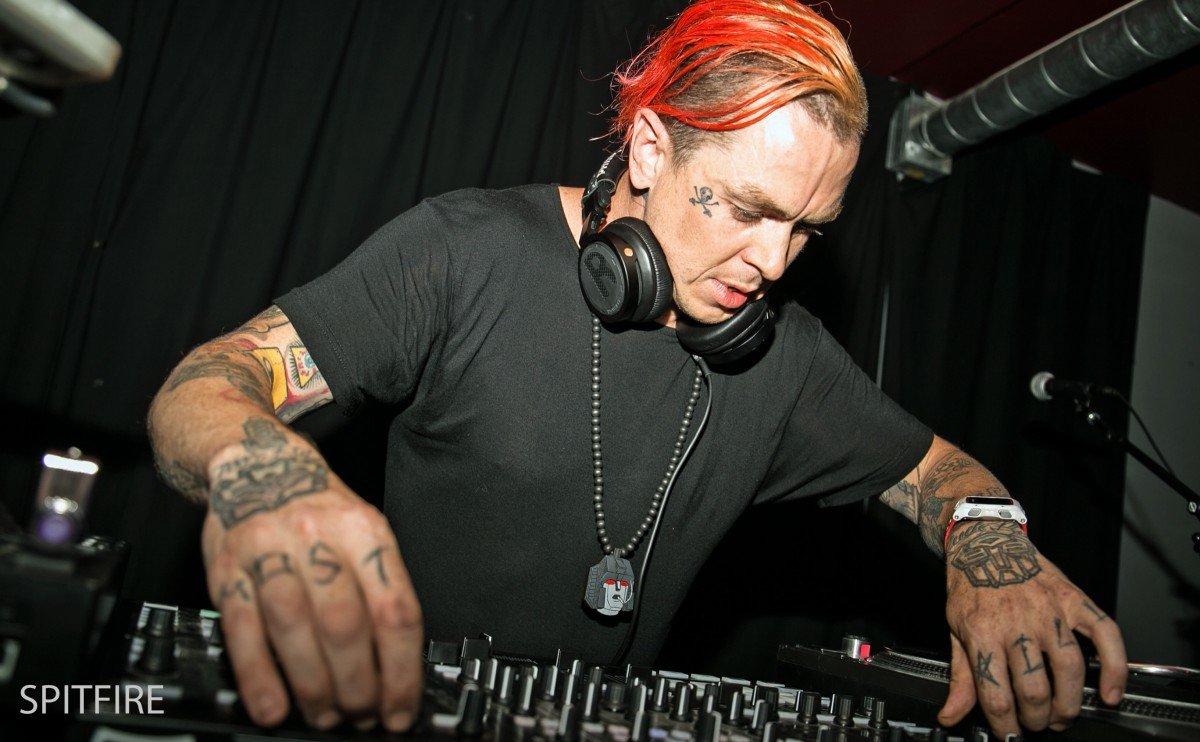 DJ Starscream also known as Sid Wilson Disc Jockey, Keyboardist and pianist for the award winning group SLIPKNOT.
While on tour with Slipknot I had the pleasure to meet up with him at his afterparty at the Studio Bar in Toronto. His name Starscream taken from the 80’s television show The Transformers, is just like his DJ skills. He can transform a sound and make it his own. Studio Bar in Toronto is a small dull lit venue in the Toronto core, the set up of this place I feel wasn’t the best way for Sid to showcase his skills, even though he is use to sold out stadiums, he took the room to another level with his heavy jungle style Dj’ing.It was a packed house, the crowd jumping and head bagging. It was a pleasure to meet Sid and get a few shots of his set.