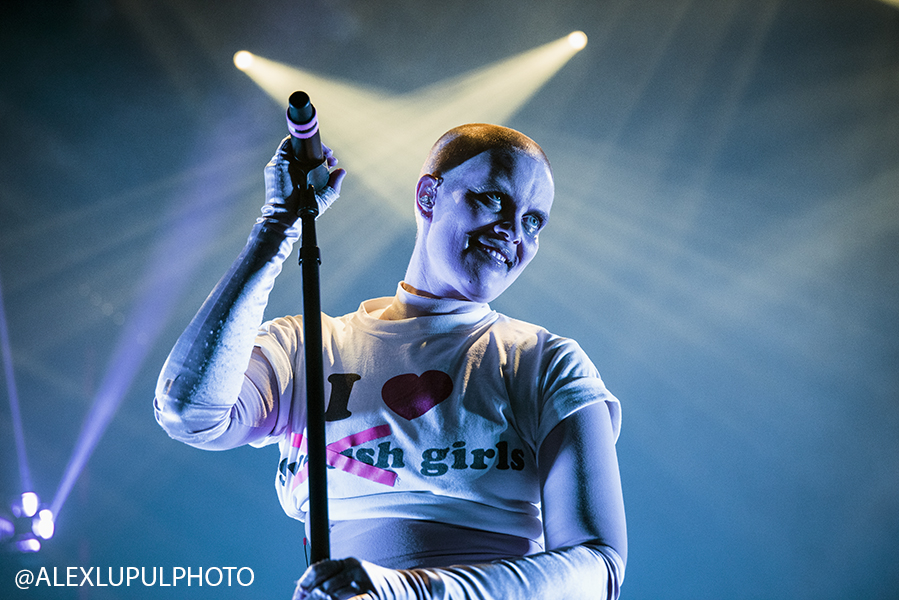 When Karin Dreijer last toured under her Fever Ray moniker, she performed on a dimly lit stage, featuring a stage design that could be described simply as “monochrome.”

Now, nine years later, the Swedish musician returns to the stage in Toronto, touring behind her 2017 release Plunge.

Dreijer’s dark electronic-oriented pop sensibilities are still present nearly a decade later, but her art-direction has taken an unexpected, albeit welcome, detour to unexplored territory.

Trading in the monochrome colours and dim lighting for an explosion of bright eye-catching shades, only serves to further highlight Fever Ray’s unique art-direction.

Dreijer, sporting thigh-high boots, a freshly-shaved head of hair and purposely smeared purple makeup, is joined alongside an eclectic cast of characters.

The backing musicians and vocalists feature costumes ranging from dark leather to a full-body strongman outfit, providing the concert with a sense of showmanship and pageantry that rivals any professional wrestling match.

Fever Ray’s promotional photos give the brightly coloured group an appearance similar to The Avengers, if they were rendered from a fever dream.

This vast change of scenery in turn influences Dreijer’s stage presence, from a shrouded stoic figure to a larger than life character with unbounded energy, placing her front and centre.

Make every effort to see this tour for yourself, as this surely will be one of the most unique concert experiences of the year.