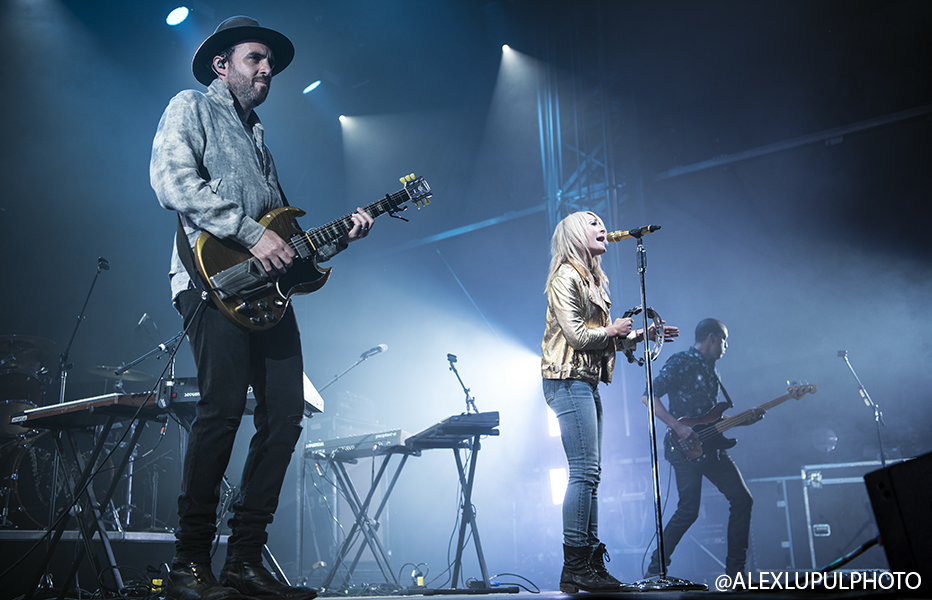 During the war of 1812 Fort York was the focus of a significant battle, but in 2018 the only battles being waged on its grounds are for the spots closest to the stage.

Field Trip returns to the historical site for its 2018 edition, making use of Fort York’s flatlands and berms to situate its two stages.

Running alongside the Gardiner Expressway with the CN Tower seen peeking behind towering skyscrapers, Fort York serves as a reminder of the past and a green oasis amid its urban surroundings.

The festival itself serves as an unofficial celebration of women in music, featuring two headlining acts: Metric and the Yeah Yeah Yeahs, both fronted by female vocalists. But the celebration doesn’t end there, with 14 of the 26 acts performing being led by women.

Festival-goers were greeted by plenty of sun during Day 1 of Field Trip, with clear skies and searing heat.

Toronto singer-songwriter, Maddee, was the first to take to the stage, having the honour of kicking off Field Trip 2018. The combination Maddee’s smooth vocal delivery and her band’s downtempo instrumentation was the perfect way to ease festival-goers into a day packed with great live-music.

Sydney, Australia’s Middle Kids didn’t let a recent bout of jetlag prevent them from delivering a great set on the Fort York Stage. The three-piece performed their unique blend of indie rock and pop hooks, getting the Toronto crowd dancing.

Closing out the festival’s first day was another local act, that needed no introduction in Metric. Emily Haines and company took to stage to perform a very special setlist, featuring a performance of the band’s 2009 album Fantasies in its entirety.

While the opening day of the festival went on with barely a cloud in the sky, Field Trip’s second day opened with dark clouds looming overhead, and along with it the pending threat of rain.

Louisiana’s Trombone Shorty & Orleans Avenue got the crowd gathered at the Garrison Stage dancing, with Troy Andrews’ soulful vocals and skillful trombone and trumpet playing. The dancing wasn’t merely contained to the Garrison mainstage crowd, with the band themselves joining in on the fun. The saxophone players created their own breakdance circle in the middle of the stage, complete with everyone’s go-to wedding dance move “the worm.”

While the threat of rain had loomed overhead for half of the festival’s second day, the weight was too much for the sky to bare. In oddly fitting fashion the rain began to fall just before Vancouver’s Japandroids took to the stage, prompting the band to apologize for “bringing the rain with them.” The band’s garage sensibilities and anthemic choruses made the crowd forget about the rain, which subsided at the conclusion of their set.

Closing out the festival’s two days was no one other than the Yeah Yeah Yeahs, celebrating the 15th anniversary of their debut album Fever to Tell. Frontwoman Karen O was electric, jumping around the stage with ease. The singer always knows how to put on an interesting performance, whether it be spitting a blast of water from her mouth or singing with the microphone in her mouth (as well as swinging it above her head). The band treated the audience to favourites such as “Gold Lion,” “Maps,” “Heads Will Roll” and “Zero.”