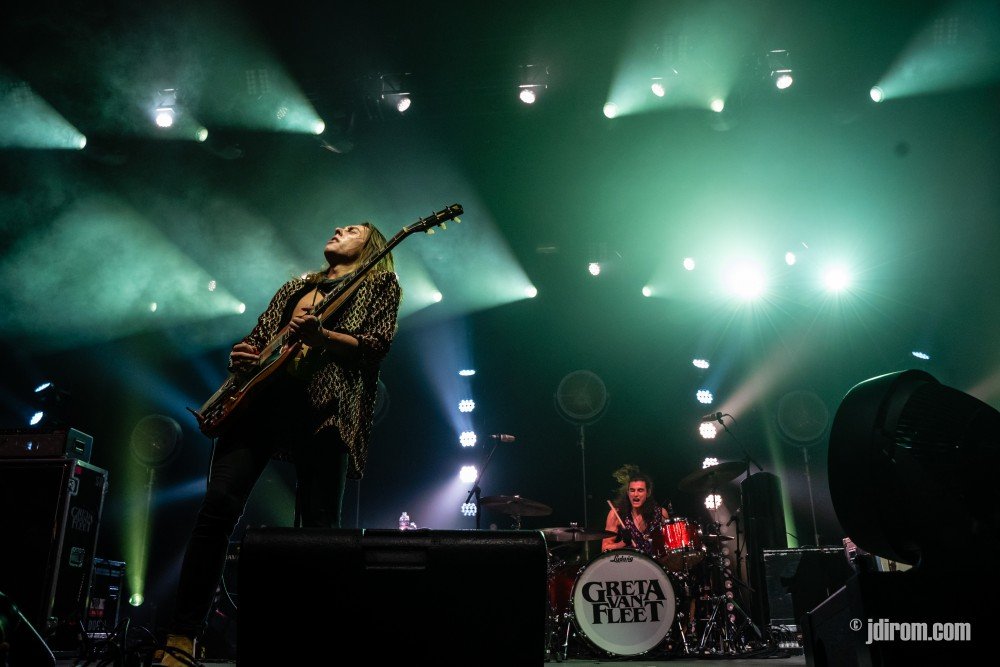 Greta Van Fleet is high energy rock and roll. While some may tell you that rock and roll has hit a dead end, Greta Van Fleet proves otherwise. Vocalist Josh Kiszka, guitarist Jake Kiszka, bassist Sam Kiszka, and drummer Danny Wagner are the hot ticket, selling out the BMO, leaving many on the outside looking in.

Single-handedly Greta Van Fleet is igniting a fire in the genre of rock and roll.

Josh Kiska, took to the stage throwing roses to the crowd, and joked about how the band paid extra for insurance so he could do this. The band jumped right into “Highway Tune”, gripping the audience with his unwavering and amazingly fantastic vocal range. Josh move around the stage as Jake and Sam played off each other’s energy, while drummer Danny Wagner kept perfect time. The audience loving every moment, and despite their young age the band was tight playing like seasoned veterans of rock.

During the “Edge of Darkness” Jake demonstrated his prowess on the guitar playing a lengthy guitar solo, and playing a good portion of it behind his head. Making the task look effortless to the delight of the crowd.

Their stage attire plays homage to the 70’s, whether it was Josh’s fringes suede vest adorned with feathers, and crystals, or Jake’s silvery highlighted jacket and scarf. Greta Van Fleet recognizes where their sound has come from (there has been numerous article referencing it), and play to that aesthetic. But looking at the audience the range of fans that they have captured is broad, as teenage girls dominated the front row, and many static that they had caught a rose that Josh had thrown out earlier.

Without a doubt, Greta Van Fleet is the rock show that you need to see. These young men are incredibly talented, and have a phenomenal stage presence, back by flawless vocals and musicianship. Those of you who love rock, Greta Van Fleet will re-ignite that rock and roll flame in you.