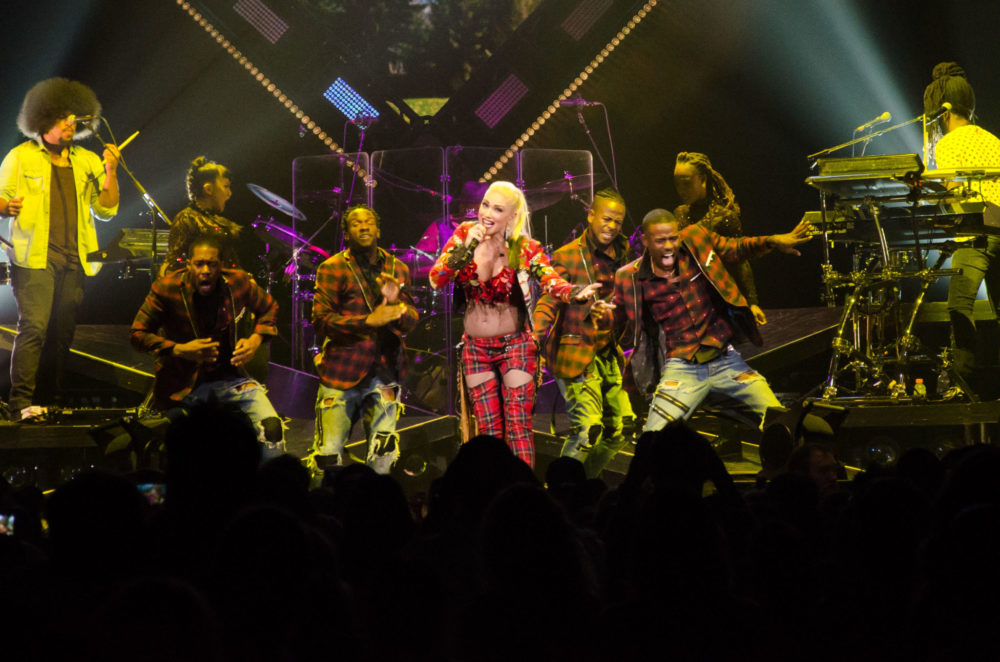 A more matured Gwen Stefani took the stage at Key Arena with a bang and fired up the stadium with ferocious dance moves and impressive vocal ranges. Her thanks went out to the loyal fans that had been with her since day one and for supporting her throughout the years.

Gwen never thought she would tour again after having multiple kids and living her life, but her wish was granted and this tour is bigger than ever. Hitting stadiums across the country, Stefani will be entertaining huge crowds with an electric band and a fiery dance crew.

Even with a massive visual display looming over the stage, Stefani still managed to keep the spotlight on herself and she belted out new releases and showed her love to the crowd. If this tour finally manages to be her last, it will be a hell of a show to go out on.