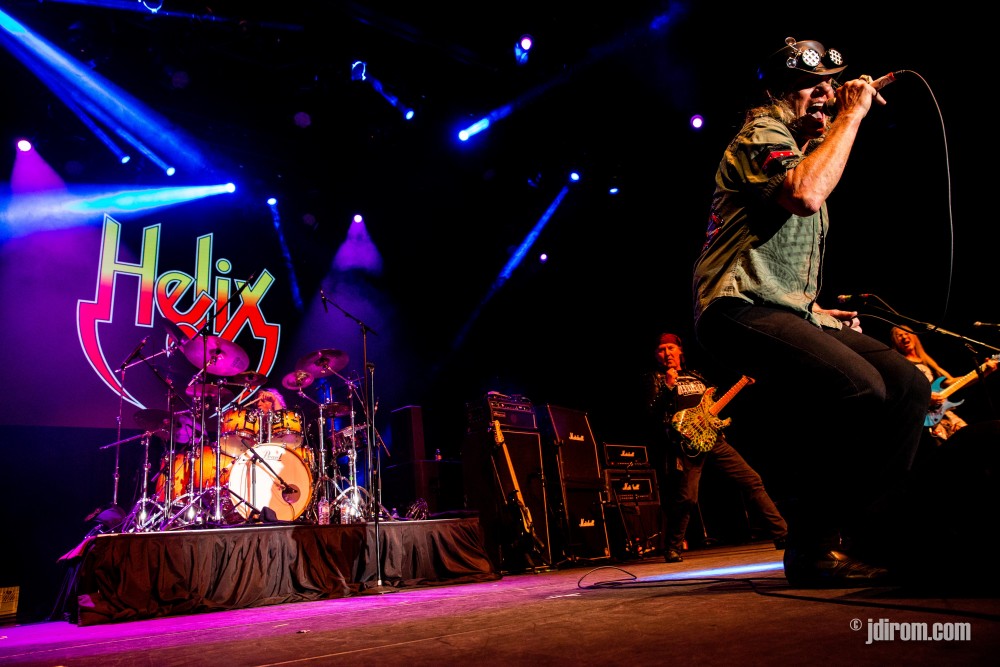 There is something to be said for seasoned music acts. Acts that have toured relentlessly throughout their careers, and opened for the who’s who of metal. Helix, Kick Axe and the Killer Dwarfs all know how to put on a show, and that is exactly what they did.

The Killer Dwarf started off the show, and it was apparent that frontman Russ Graham, still has an offbeat sense of humour and was entertain as he eventually made his way through the crowd as he joked about how his wife doesn’t appreciate his humour to the sales of their last album Start @ One. A fantastic start to the show, and my only complaint, simply not long enough. The Dwarfs started their set with “Coming Through”, and hit on fan favourites including “Stand Tall”, and closed with “Weapons”.

Next up was Kick Axe. What can I say that they were firing on all cylinders and put on a hell of a show. Daniel Sean put on a phenomenal vocal performance. From “Vices”, to “Heavy Metal Shuffle”, to “On the Road to Rock”. Kick Axe was in fine form, while the show was a seated event, the fans were no longer in their seats as the show was in high gear!

Finally Helix closed out the night. Brian Volmer and crew started off the night with “House on Fire”, Volmer wearing a steam punch hat with glasses took right to the front of the stage drawing everyone in and never let go of the audience. Helix played a great mix of songs spanning their long list of albums from the bands 44 years and start as the Helix Field band. Briann let the fans know that Helix has been busy touring, and been receiving great love across the world in Sweden and other countries, before busting out “Even Jesus” from their 2014 release Bastard of the Blues (the last time I had photographed them). Helix put on a show with the energy and excitement that I remember from the 80’s, and the legends of metal are still a band that you have to see!