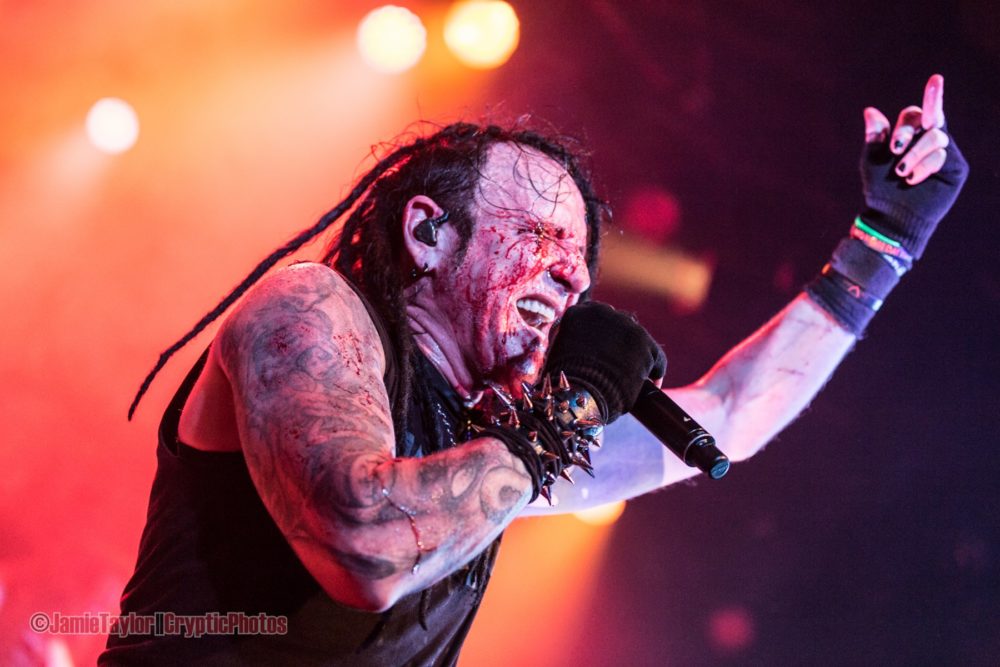 It was a balls-to-the-wall, diesel-veined metal show through and through.

Even though the ticket sales seemed to be lacking, the small crowd reciprocated the bands intensity resulting in streams of crowd surfers and many chaotic mosh pits.

Take a peek at the setlist for the night.

Openers, Sons Of Texas, were fantastic. The bands lead singer, Mark Morales, was aggressive. His vocal prowess mirrored by the visceral movements of his body.

The highlight of the night for me was getting accidentally pelted with a drumstick while in the photo pit. It may seem strange to be excited about that but it did result in me getting to keep a Vinnie Paul drumstick.

Thank you to both bands for an evening well spent.