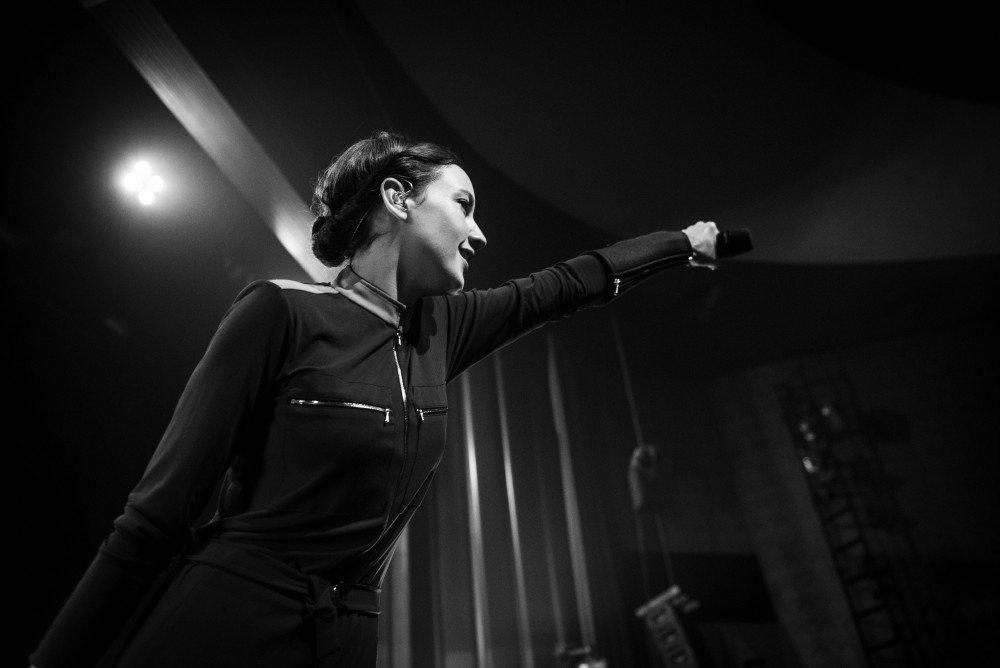 Jain has a few things going for her: she has an infectious, poppy sound that you can’t help but dance to (or jump up and down as the case may be). She needs absolutely nothing else on stage to entertain you – she has a podium which seems to be equal parts mixer and reto-futuristic bank of glowing buttons – but its her constant energy and enthusiasm that carries her from song to song to song.

Also, if you listen closely enough her accent comes through, and its adorable, and for this writer at least it cant be oversold.

Jain is currently touring in support of her second album “Souldier” which was just released this past August. Listen to her song “Come” and you will immediately think “Oh she sings this song. Why do I know this song? I know this song.” Its fun, to say the least.

Enjoy some photos of her set last Friday at the awesome Vogue Theater in Vancouver!

Jason Martin is a semi-professional semi-enthusiast (enthusiastic?) Canadian photographer who prefers Nikon, artists who perform under more than a single, purple (or blue/green/red) LED light on stage, and wishes you the best of luck looking for his social media accounts.