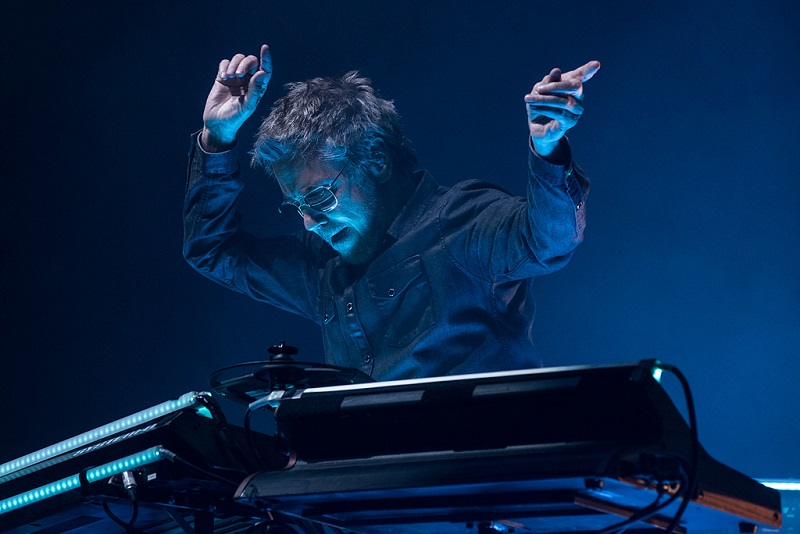 French electronic legend Jean-Michel Jarre performed to an enthusiastic crowd in Vancouver on April 17th, 2018 (one of 8 performances on this short tour.)

Following 2017’s “Electronica World Tour” which brought him to Canada to perform for the first time. This show brought his stage design which included an array of futuristic visuals, including “large moving LED panels and impressive laser lights.

It’s amazing that he will be turning 70 this summer, showed his mastery of the synthesizer but also performed on guitar, theremin, keytar, and the ever-popular laser harp.

The audience was there for the musical and visual spectacle that Jean-Michel Jarre is noted for, and the feedback from those who were in attendance was, to say the least…a very good show.

Photos © Sharon Steele
The requested photo source cannot be loaded at this time. Photoset not found