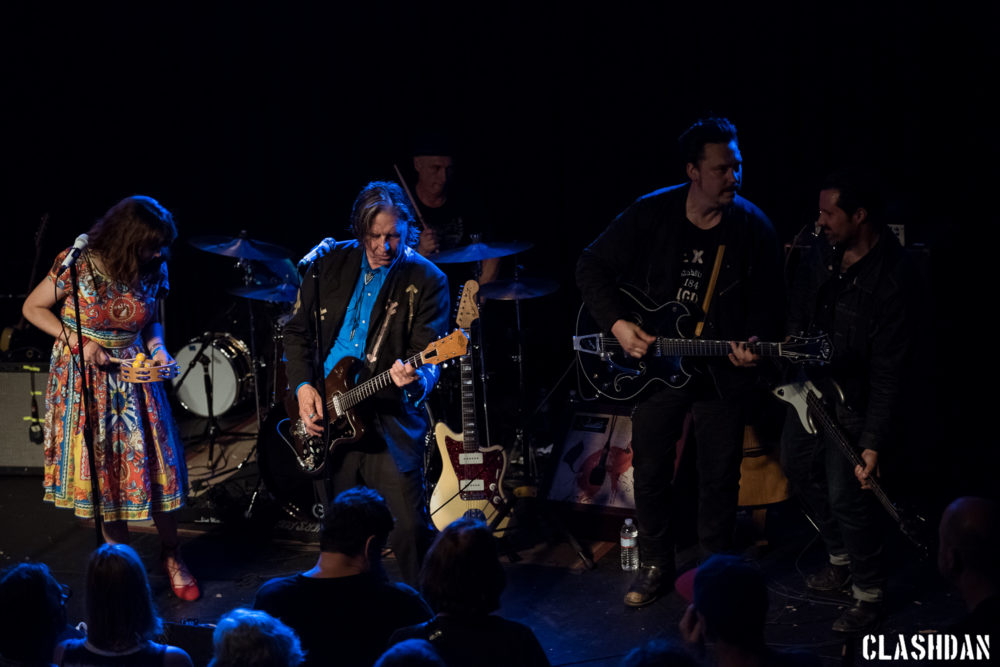 It’s probably safe to say that John Doe, co-founder and frontman of seminal L.A. punk band X, has been having a busy few years. 2015 saw Doe continue touring with X and release a career-spanning compilation album of his solo work with The Best of John Doe This Far. He also managed to squeeze in a few select solo tour dates. Rather than step back and take a breather, this year John Doe has kept his foot firmly on the accelerator. Doe has stepped into the literary World as the co-author of Under the Big Black Sun: A Personal History of L.A. Punk, a new book about the history of L.A. punk, and released his brilliant new solo album, The westerner. The Westerner is John Doe’s first new studio release in five years. Described by Doe himself as a “psychedelic soul record from the Arizona desert,” the album is a personal reflection on his relationship with the Dances With Wolves author Michael Blake. The collection of songs is rooted in the dusty sun-drenched open spaces of the American West and it certainly ranks as some of the most engaging and effective solo material he has released to date. After the new album release, rather than finally take a well-deserved rest, Doe has hit the tour trail with his “Rock-n-Roll Band.” It was with great anticipation that Concert Addicts caught the show at the Cat’s Cradle Back Room.

Opening the evening was Jesse Dayton, an Austin Texas based guitar slinger who played on the last two Waylon Jennings albums. Dayton, who filled in for Billy Zoom on a recent run of X tour dates is also a film maker and soundtrack artist who worked with Rob Zombie on the Devils Rejects soundtrack album. Dayton and his two bandmates delivered a storming set of dirty country, blues, and good old fashioned foot stomping rock-n-roll. Jesse Dayton is a multi-talented and engaging frontman who delivered a high-energy performance that was well received by the appreciative crowd.

After a short break, John Doe took the stage. For this tour, John is backed by his Rock-N-Roll Band, featuring Jesse Dayton, the lovely and talented vocalist Cindy Wasserman, and X drummer DJ Bonebrake. The set opened with “My Darling, Blue Skies” from The Westerner, followed by the classic X tune, “Burning House of Love.” This would set the pattern for the rest of the show as Doe would play through a well-mixed set of songs drawing from the new album, his previous solo releases, a handful of classic X songs, and even a cover or two. Highlights included new songs, “Sunlight,” “Go Baby Go,” and “Drink Of Water,” as well as the Exene Cervenka penned “Alone in Arizona.” Throughout the evening, John and his band had the crowd roaring with approval. By the time the set headed for the finish line with the solo favorite “Golden State,” and ended with a fitting and rapturous take on X’s “The New World,” the crowd was practically delirious. At 63, John Doe is showing no signs of slowing down, he remains creative, vital, and freshly compelling.

Check out some photos from the show below: