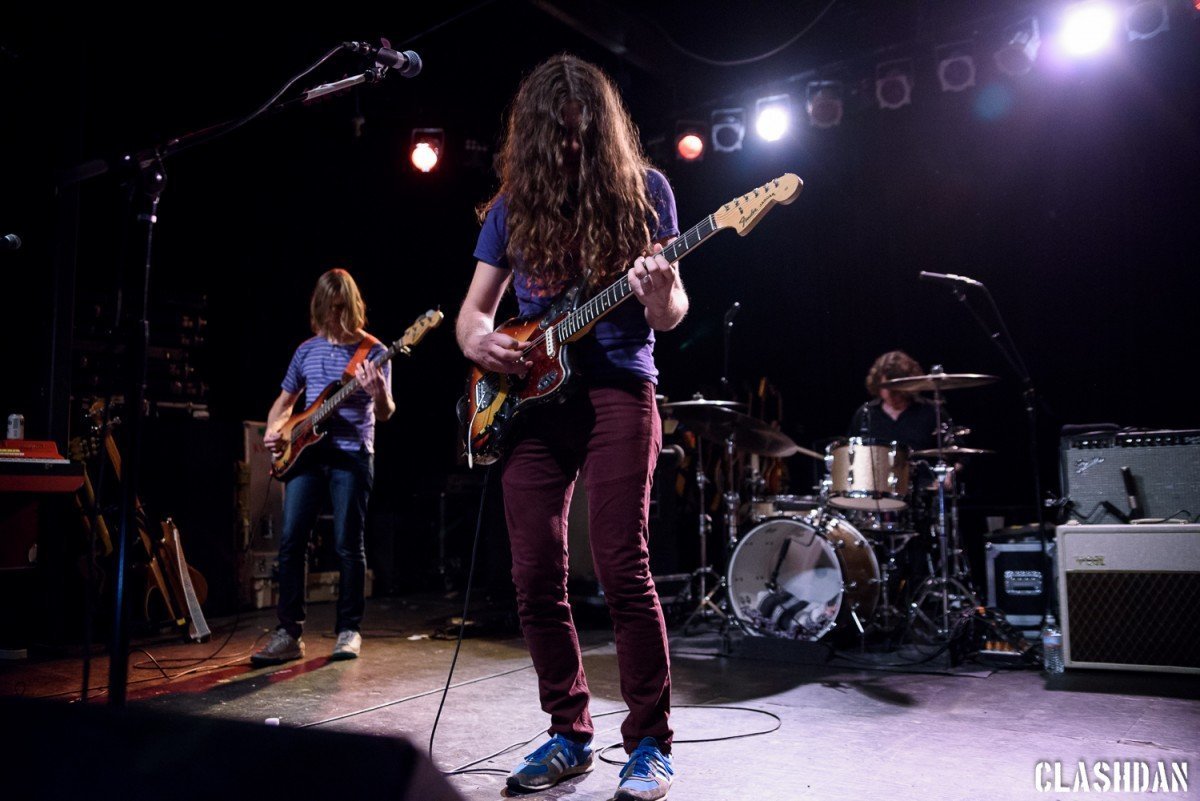 In the fall of 2015 Kurt Vile released his sixth studio album, the critically acclaimed, b’lieve i’m goin down. The album sees Vile turn down the reverb and add a bit of banjo and more piano, creating an intimate folkier feel than his earlier releases. While much of the album is mellower, most of the songs could still slot in comfortably with his last two albums. Previously, Vile has commented on the difficulty of reproducing his songs in a live setting, either choosing to go solo acoustic or playing electric backed by his band the Violators. In the midst of a winter tour with the Violators, on a cold and rainy North Carolina night, a sold-out crowd at Cat’s Cradle was ready to see if Kurt had found the live balance he has been searching for.

Kurt and the Violators ambled on stage in an unassuming manner and without much ado or fanfare, started off the evening with a trilogy of songs from b’lieve I’m goin down. The upbeat acoustic “Dust Bunnies” started the set, and was followed by the banjo laced “I’m an Outlaw” and the single “Pretty Pimpin.” With the Violators having locked into a solid groove behind Vile, they continued to build momentum with a raucous run through of “Jesus Fever” from Smoke Ring for My Halo. The rest of the set would mix songs from 2009’s Childish Prodigy through the latest release.

Kurt Vile is not an obvious showman. He often stands at the microphone with his head down, face obscured by a curtain of long hair, seemingly lost in his own world. Despite the introverted appearance, he is an engaging performer and talented multi-instrumentalist who seamlessly switches between electric and acoustic guitars and banjo. His vocals manage to find just the right delivery whether front and center accompanied by a lone acoustic guitar during a solo mid-set performance, or competing with a raucous full band sonic assault on “Freak Train” toward the end of the set. Backed by the Violators featuring longstanding member Jesse Trborich on guitar, bass, keyboards and sax, Rob Laasko on guitar and bass, and Kyle Spence behind the drums, Vile was able to find the balance that has vexed him in the past. Songs were able to expand with the extra guitars, drums, and other flourishes provided by the Violators, and contract and soften to the singular voice and guitar of Vile alone when warranted. The crowd remained intimately engaged throughout the performance. After a lengthy set, Kurt returned for an encore that perfectly captured the balance of sound and emotion that he has been searching for. He started with a solo acoustic performance of “Peeping Tomboy,” before the band returned to the stage for a wild extended cover of Bruce Springsteen’s “Downbound Train.”

Opening the evening was Philadelphia band, Spacin’, who delivered a set of psychedelic fuzzed out rock primarily taken from their latest release Total Freedom. The band expertly mixed catchy guitar hooks with thudding basslines and propulsive drumming that tipped its hat to both the garage rock ferocity of the Stooges and the more psychedelic meandering of the Velvet Underground. Spacin’ are winning over audiences by taking classic influences and twisting them into something new and exciting.

Kurt Vile and The Violators