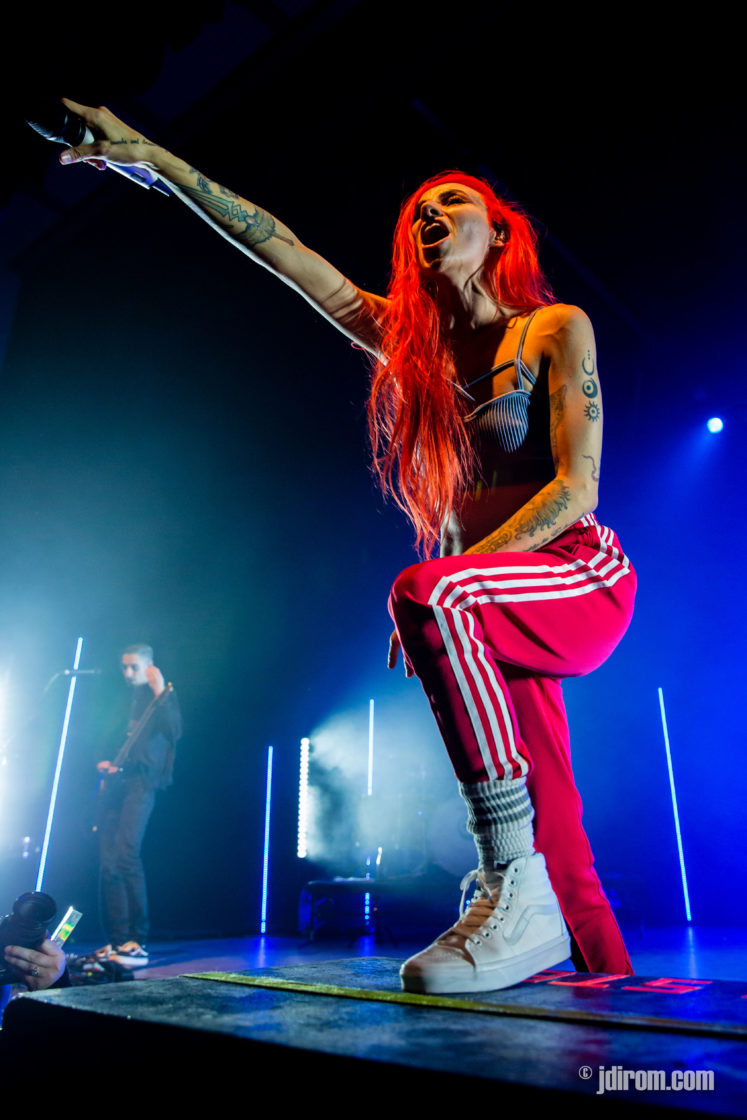 The show started with the light wall erupted in flashes of red as the silhouette of Lights struck dramatic poses in the pulsating life. The band was placed around the perimeter of the stage, leaving a large space for Lights to move around and sing to the crowd, bringing an energy and intensity that I have not seen before from the performer in past shows. The audience was hooked, and filled with some loyal fans, as a gentleman in the front row could be overheard talking about how he has seen 36 Lights shows in the past few years, including three times in a week as he followed the tour from Toronto through the Calgary Stampede. That dedication was evident as the entire crowd was singing along to Toes at the top of their lungs.

Lights was impressive, vocally strong, and filled with energy which the crowd fed on, and carried throughout the show.