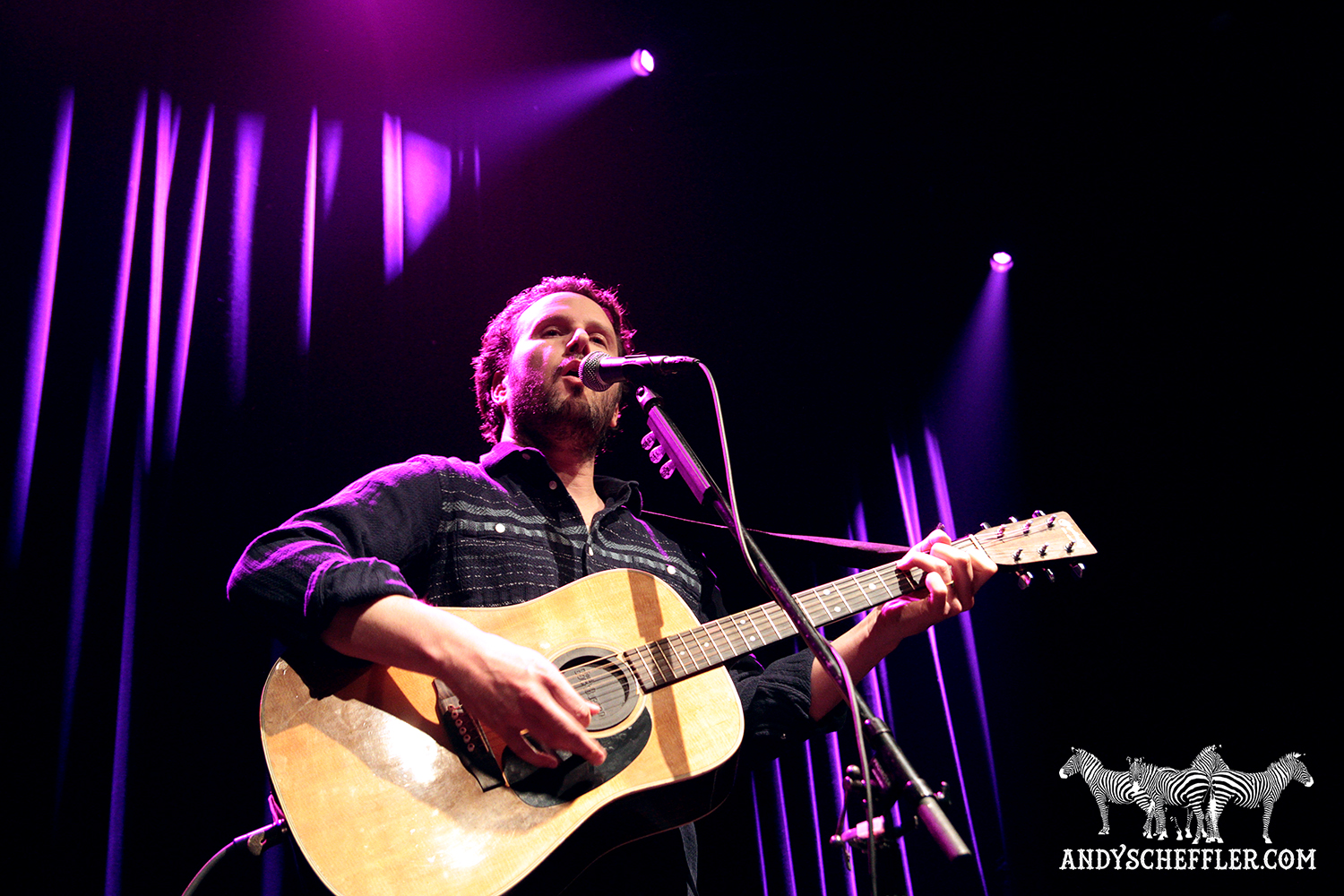 Two charming solo players shared a night at the Imperial today. Unfortunately, I missed most of Lucette’s set, but I managed to catch the last two songs of the Edmontonian’s set as she perched behind her piano. Mason Jenning’s crowd, on a night when there was a lot going on in Vancouver, was healthy and enthusiastic. The man is well-loved by his fans and they had a full-on folk jam dance party going on at the foot of the stage. Jennings performed solo, dividing time between an acoustic guitar and a piano, and he also had a table on stage well-stocked with harmonicas. He has a bit of that Bob Dylan upturned-word-ends vibe to his vocals, and the songs are at times witty (even hilarious!), and at times melancholy or mournful tales of love and loss.