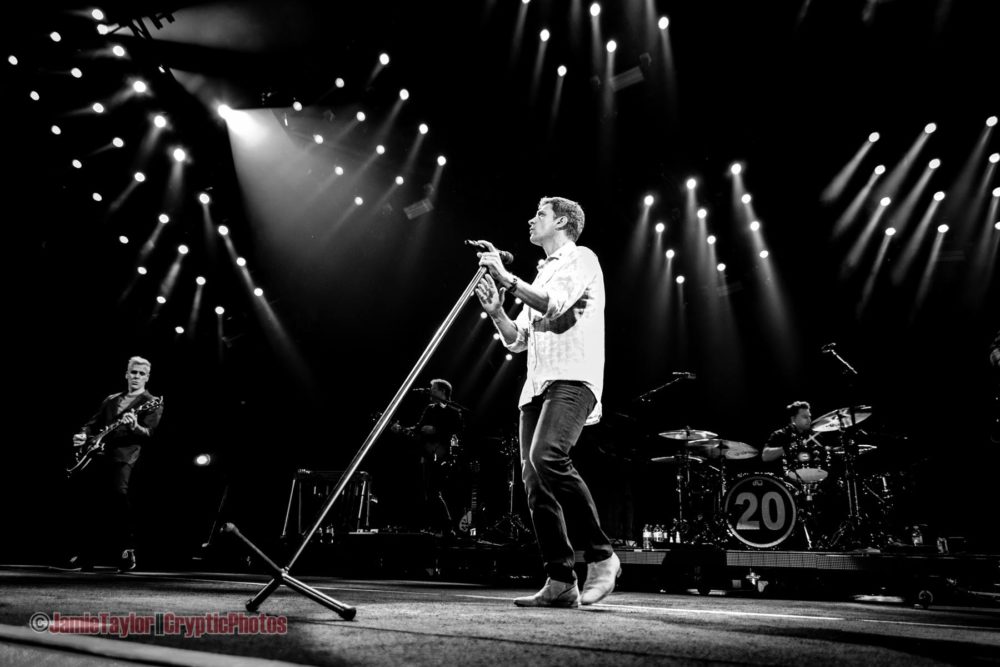 On Sunday night, A Brief History of Everything Tour, a North America co-headlining summer outing featuring Matchbox Twenty and the Counting Crows stopped in at Rogers Arena in Vancouver.

Lead singer of Counting Crows, Adam Duritz, and the rest of the band put on a sweltering set, complete with all the nostalgic goodness one would expect. “Mr. Jones”, “Omaha”, and “Rain King” from the bands debut album, 1993’s August and Everything After, “Hanginaround”, “Mrs. Potter’s Lullaby”, and “Colorblind” from 1999’s This Desert Life, and “Hard Candy”, “Miami”, “Big Yellow Taxi” (a Joni Mithcell cover) from 2002’s Hard Candy, it was a smorgasbord of classic tracks.

Duritz was so playful on stage, making it just that much easier to enjoy their set.

Matchbox Twenty was next.

With the recently returned Kyle Cook, lead guitarist, joining the band, it felt like a cohesive family unit up on the stage.

They each filled their posts with these genuine smirks painted across their faces. They were clearly happy to be there and it reflected in their performing.

Singer, Rob Thomas, was the central focus for the majority of the set. He danced and crooned across the stage, not missing a beat. While it seemed like Cook acted as the band leader, silent leading the instrumentalists beside him.

The simple, yet beautiful backlight setup pleasantly lit the band. It never out-shined the members but added to their performance.

Much like the Crows, Matchbox Twenty’s set spanned their career and featured all the hits the audience was craving. The group closed out the night with “Bright Lights” from their third studio album, 2002’s More Than You Think You Are.

And that was it, the band retreated from the stage and the house lights came on.

Such a great night.