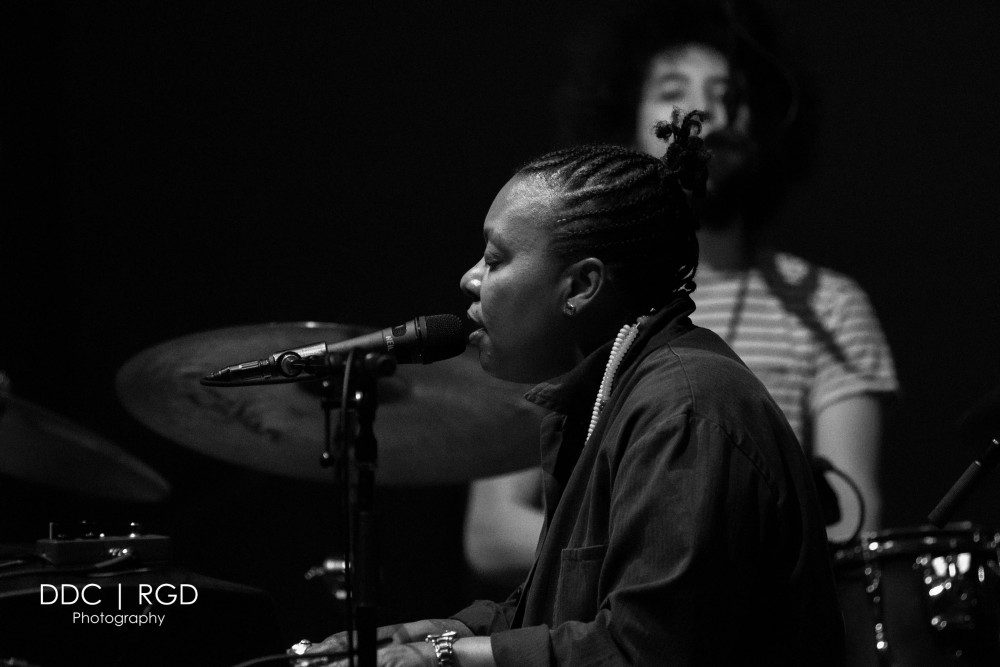 Who else can mix blues, jazz, funk, R&B and soul?
None other than Meshell Ndegeocello for those who don’t know the name definitely heard the music before.

Whether it be from Netflix, movie soundtrack like How Stella Got Her Groove Back, Lost & Delirious, Batman & Robin, Love Jones, Love & Basketball, Talk to Me, Tyler Perry’s Daddy’s Little Girls, The Best Man, Higher Learning, Down in the Delta, The Hurricane, Noah’s Arc: Jumping the Broom, and Soul Men.

She has a distinct sound, even held by Prince as one of the great funk bass guitars players in the games. Well Meshell Ndegeocello performed at the MIM’s theater in Arizona May 10th. We was told that she’s a little under the weather and Meshell Ndegeocello still played hard as if nothing was wrong.

Meshell Ndegeocello didn’t have a set list to go off of, just given que to her bandmates and they pick right up on it.This was a good and bad thing because as a fan like myself wanted to hear some of my favorite cuts such as “If That’s Your Boyfriend (He Wasn’t Last Night)”, Outside Your Door”,”

The Consequences of Jealousy” & “Leviticus: Faggot” but on the bright side she played a lot of tracks from her new offering Ventriloquism.

This is her 12th studio album it has cuts from some of your favorite jams such as
“Waterfalls”, “Atomic Dog” & “Smooth Operator”. It was a total jam session, if you’re a music lover and your big fan of her pick up her album Ventriloquism check out a show you’re in for a treat.