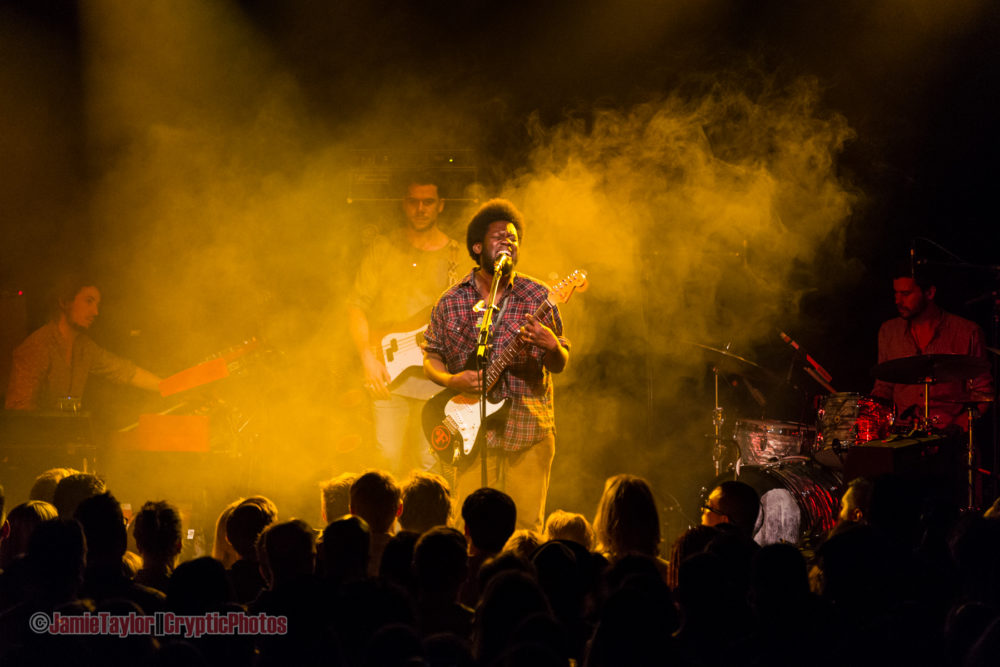 I have been listening to Michael Kiwanuka since the release of his first studio album, 2012’s Home Again.

His vocals manage to somehow be so gentle but so powerful at the same time.

Back in 2013, I saw Mr. Kiwanuka open for Mumford & Sons at Holland Park in Surrey, B.C. There was an issue with the security to get into the venue, so I heard the first third of his set from the outside of the open-air venue. Once I was in, I was completely transfixed on this silhouette in the mid-day sun.

Since then I have been waiting for him to return. He had a show or two booked in Vancouver, but they managed to get canceled.

That made me worry about this show. “Who it get canceled?”, I wondered. “Would these years of anticipation ruin the show because of my high expectations?” , I worried.

Well, the show didn’t get canceled and my expectations weren’t even close to being high enough.

Cloves opening for Michael Kiwanuka at the Commodore Ballroom in #Vancouver.

He walked out with his five band mates and each took their position.

A warm, red light slowly illuminated the singers form as he opened the night with “Cold Little Heart”, the title track off his sophomore album, 2016’s Love & Hate.

As the power in the song grew, the red light brightened. Swirls of stage smoke circled about as the crowd looked on, taking it all in.

His voice was beautiful and the sound mix at the venue highlighted it by pushing his lyrics out with crystal clarity.

I spent the show moving through the audience, finding different vantage points to observe the set. I was captivated by his voice and the band’s tight musicianship.

The stage lighting was a wonderful balance throughout the night. It never took away from the music but managed to always add a level of visual beauty throughout each moment.

I want to thank both bands for bringing their talent to our fair city. We all hope you both return soon.

Encore:
May This Be Love (The Jimi Hendrix Experience cover)
Love & Hate