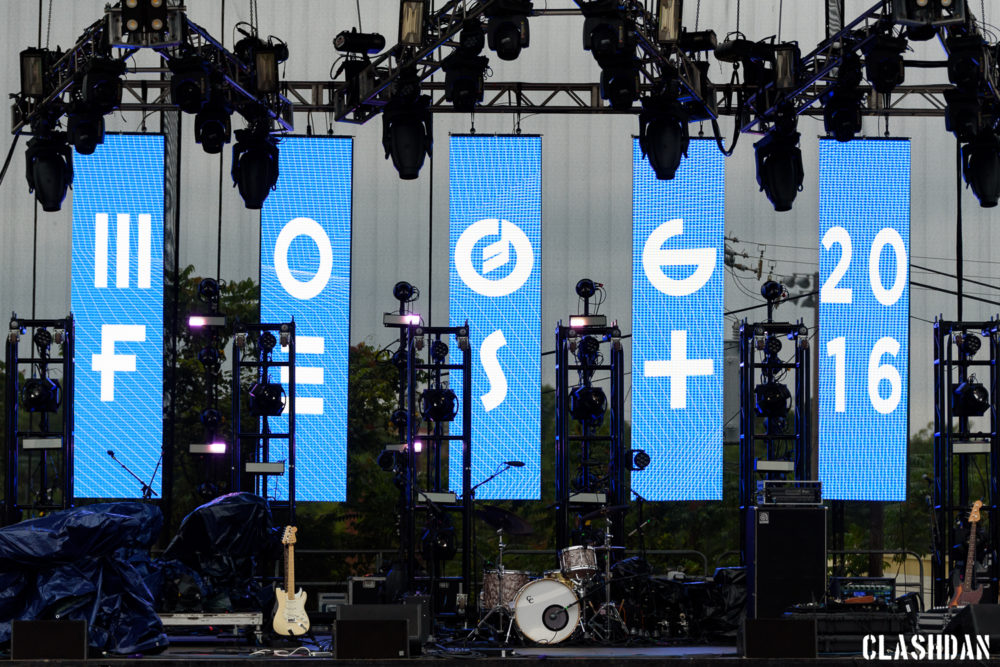 In a landscape littered with music festivals of all shapes and sizes, Moogfest manages to remain unique and engaging. Celebrating “the synthesis of music, art and technology”, Moogfest has positioned itself as part music festival and part tech conference, sprinkled with art installations, workshops, and lectures. The festival is thematically centered around the Moog synthesizer and the technological vision of its inventor, Robert Moog (pronounced “mogue” similar to rogue). Originally hosted in New York in 2004, the festival was moved to Asheville North Carolina, the home of the Moog Music Factory. After taking 2015 off to rethink and reorganize, Moog Music decided to relocate the festival to Durham North Carolina. The city of Durham is the home of Duke University, iconic indie rock label Merge Records, thriving research centers, and recently an influx of tech-based startups. It’s downtown area provided the perfect mix of hotels, theaters, clubs, and galleries to host the festival, all in a condensed, walkable space.

During the day, Moogfest provided a conglomeration of discussions, exhibitions, installations, and workshops with themes like “The Future Of Creativity,” “Hacking Sound (Systems),” and “Afrofuturism.” By evening, the focus shifted toward a diverse line-up of musical performances including headlining sets from Sunn O))), Grimes, Blood Orange, Odesza, Miike Snow, Health, GZA, and a myriad of other acts, big and small. One of the most popular sets of the festival was a three day residency by Gary Numan. Best known for the 80’s new wave hit “Cars,” Numan proved to be anything but a one hit wonder as he devoted each night to one of his “machine era” trilogy of albums. Friday night was “Replicas” played to a bursting at the seams capacity crowd of around 350 people at the modestly sized Motorco Music Hall. The next night, and potentially the best of the run consisted of 1979’s “The Pleasure Principle” performed at the larger and equally packed Carolina Theatre. The third and final night focused on “Telekon” played in its entirety again at the Carolina Theatre. In the live setting, the albums took on a fuller, harder edge. Songs that tended to be somewhat chilly and robotic in the studio were presented with a more guitar driven ferocity.

Moogfest has been reborn in Durham. Like anything new, it is finding its footing. The 2016 version provided a solid foundation to build on and there was lots to celebrate. There were also some lessons to be learned. Organizers have already announced that the festival will continue in Durham next year, and they are working to further align the event with fans and locals. Building on the success of this year, the festival will only get bigger and better!

If you were there or want to see what you missed, check out some highlights from the musical performances in our photo coverage below.