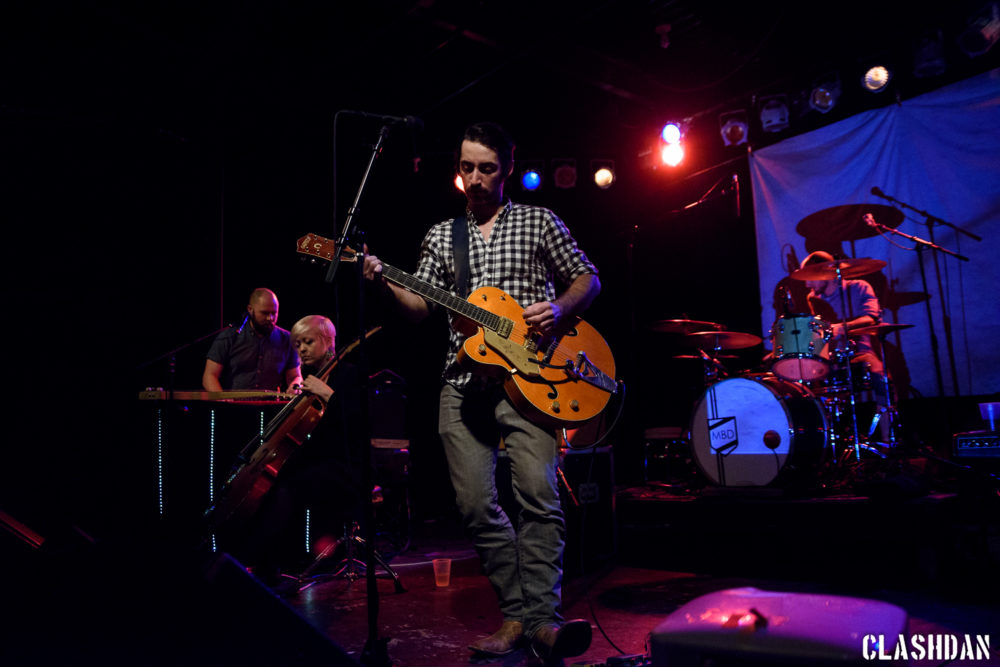 Murder by Death have embarked on a big spring headlining tour of the US. The run is a bit of a last hurrah supporting their brilliant 2015 album, Big Dark Love, on Bloodshot Records. The band have suggested that this could be the last set of dates before coming off the road for an extended break. So, as they finish out the last few dates of the tour, it was a bit of a bittersweet event when the band stopped at Cat’s Cradle.

Never a band to coast on stage, Murder By Death delivered a top-notch performance filled with their signature dark ballads, gothic alt-country, and foot stomping dirty rock ‘n roll. They managed to squeeze in crowd favorites, as well as some obscure tracks they don’t normally play, including a request shouted from the crowd, the short but hilarious “Pizza Party! (at Gloria Estefan’s House)”. The show at the Cradle proved that if Murder By Death are going to hit the bench and take a rest, they are definitely going out at the top of their game.

The show was opened by Kevin Devine and his backing band, the Goddamn Band. Devine, a Brooklyn-raised singer/songwriter has enjoyed a bit of a musical duality, switching between introspective acoustic folk and full-blown infectious indie rock with a hook-laden pop-punk sensibility. His opening set at the Cradle was definitely in the latter camp. With the Goddamn Band in full force, Devine ripped through his set and never stopped moving… Pogoing and jumping all over the stage, all the while tearing at his guitar. The show was a revelation. Kevin Devine put everything into his performance and the crowd roared its admiration.