If you ever want to experience something intense, heavy and loud, any three of the bands on this line up would blow you away. In this case, it was a trio of sensory overload with some of the biggest names in the post-metal scene.

First up were Amenra from Belgium, a five piece band with a cult-like following that filled the Commodore even as a first band slot. They had a projector setup on the front of the stage covering the back wall displaying black and white visuals of nature, church ruins and silhouettes. The lead singer Colin H. van Eeckhout dressed in a priest style outfit facing away from the audience with expressive hand gestures that were amplified by his raging vocals. The guitars and drums were in sync with pounding slow rhythms as bright lights flashed with every cymbal hit. Even though some of the lyrics are not in English, it still made for a powerful and moving performance. 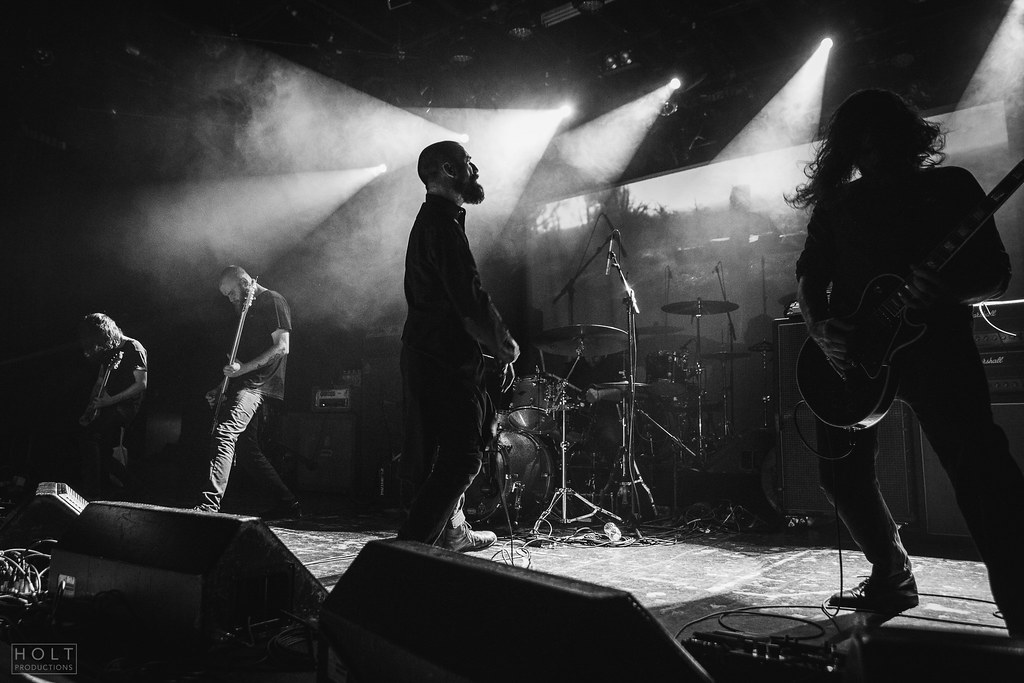 Next up were American hardcore punk legends Converge, who are infamous for their energetic stage presence and hyper active vocalist Jacob Bannon. They opened up their set with ‘Reptilian’ from their critically acclaimed 2017 release ‘The Dusk in Us’. Jacob darted around the stage screaming his guttural voice into the microphone whilst guitarist Kurt Ballou shredded huge riffs. The fourth song ‘Under Duress’ started with a fat bass line lead by Nate Newtown which surged through to drummer Ben Koller making the crowd open up a large and furious circle pit. Several songs later the mayhem came to a halt as they played the self-titled track ‘The Dusk in Us‘ which involved Kurt using several layers and loops gradually building up an epic climax where each member came back into the song crushing with distortion. 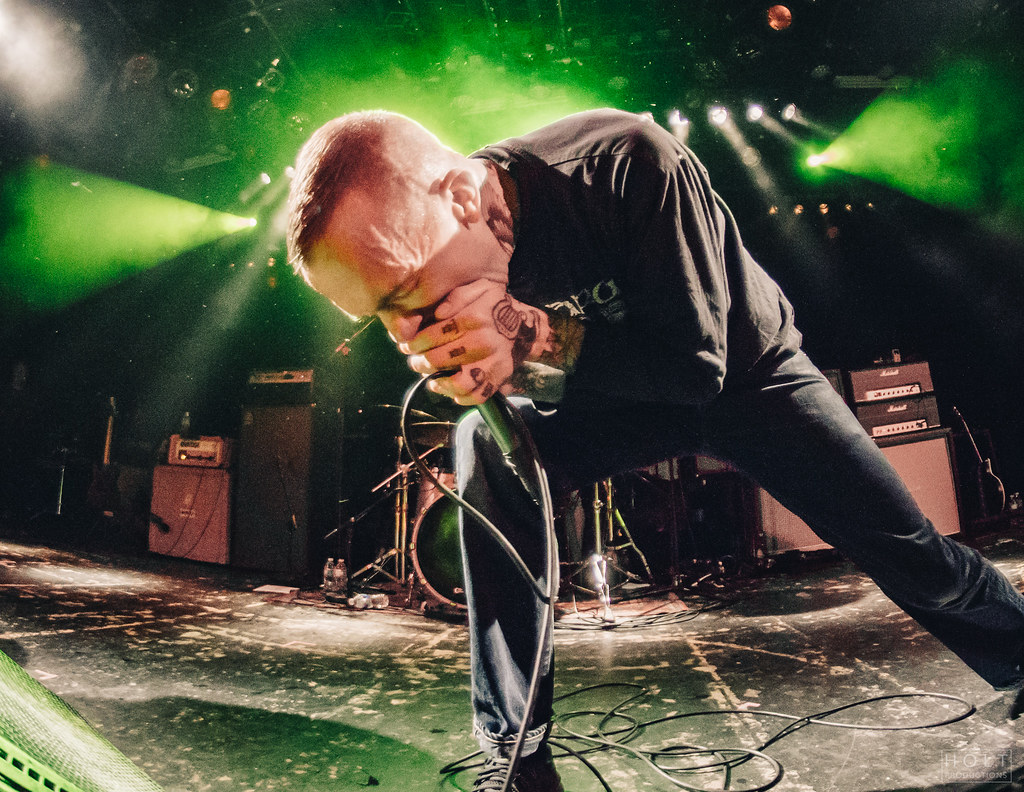 Closing the night were Californian sludge metal pioneers Neurosis. Their songs were 7-10 minutes of solid walls of sound hitting the audience as they swayed to their slow down-tuned guitar strums. Keyboard player Noah Landis provided ominous and textural soundscapes with intriguing hooks. Lead singer and guitarist Scott Kelly picked up the pace and let out massive roars that energised the rest of the band into faster motion.